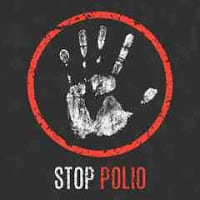 POLIO is a very old disease, but modern understanding, of it, does not date back much further than 1905. (ELIZABETH KENNY)

Polio strikes suddenly and often without any warning. It very often strikes children without regard to whether they are healthy, eating a balanced diet and we’ll conducive environment, or sickly, malnourished and poorly-environment. When it strikes, the individual patient family face several days or even weeks of uncertainty before they know how severely the patient will be affected by the disease. 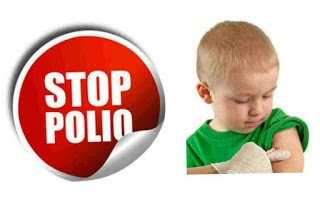 I have seen a patient that become polio crippled for life. When it kills, it often does so quickly, but usually after severe suffering.
“Infantile paralysis” is one of the two most widely used names for the disease. This name fits two facts. First, babies and young children used to be about the only patient, and the disease was named at that time. Second, paralysis has always been an outstanding manifestation of the disease, though this frequently has not been permanent.
The first word in this name, however, has become less and less fitting, because during recent years at least a quarter of patients have been past ten years of age, and the proportion of older people attacked has steadily increased.
The regions most severely affected are the forward-extending wings or “horns” of the H-shaped greyish internal part of these two sections of the central nervous system. In these horns are located the nerve cells that control the action of all or nearly all of the voluntary muscles of the body.
The parts or regions of the central nervous system most likely to be attacked by polio are those which control the muscles of the limbs, the back, the chest, the neck, the throat, and to some extent the eyes. In most cases, not all of these muscles are affected. Quite commonly it may be only one arm or one leg that shows signs of paralysis. When the breathing muscles of the chest are put out of action, however, maintaining life obviously becomes the foremost problem.
But whatever outward manifestations we may see, we should remember that in every case it is not the limbs or other paralyzed muscles that are directly attacked. The damage comes first to the cells in the central nervous system controlling the action of these parts.
Since there is no muscle action without nerve control, temporary or permanent damage to the nerve cells may mean temporary or permanent paralysis of the muscles controlled by them, though in some cases some of the cells controlling a given muscle may escape serious damage and the result will be muscle weakness rather
than complete paralysis.
When the muscles of the throat are involved, especially those of the soft palate or other muscles concerned with swallowing, it is a real danger sign. This is because these muscles are controlled by groups of cells in the medulla, which is sometimes called the bulb. This fact gives rise to the term bulbar polio; and since the medulla is also much involved in keeping the breathing and many other vital processes in action, the development of bulbar polio indicates that life is in peril.
Polio is due to several strains of the virus, but only three are capable of causing paralysis. Cultures of these can be grown in the laboratory and viewed with the aid of the electron microscope.

The onset of polio is marked by one or more of the following three symptoms :
While the onset of polio is usually marked by the above-mentioned symptoms, cases sometimes occur where the initial sign is severe pain in the limb first involved. This is followed very soon with the inability to move the affected limb. The stiffness of the neck and back follows and the accompanying neurological symptoms form an accurate medical picture of the disease.

In nonparalytic polio, the three above named types of mild illness are seen also, with even some of the then neurological signs being present.
If polio is really coming on, whether or not there is a preliminary digestive upset, it is likely that a headache and more or less fever, often with a sore throat, will develop soon. In the average case, the headache is quite severe and pain and stiffness of the neck and upper part of the back follow before long. Thus any attempt to make the victim sit up in bed and bend his neck and back forward greatly increases his discomfort and makes him strongly resist the attempt. These are the most definite of the early symptoms, and when they develop in this way it is wise to treat the victim as if he had early polio unless and until proved otherwise.

It’s possible for polio to return even after you’ve recovered. This can occur after 15 to 40 years. Common symptoms of post-polio syndrome (PPS) are:
Talk to your doctor if you’ve had polio and are starting to see these symptoms. It’s estimated that 25 to 50 percent of people who survived polio will get PPS. PPS can’t be caught by others having this disorder. Treatment involves management strategies to improve your quality of life and reduce pain or fatigue.

Doctors can only treat the symptoms while the infection runs its course. But since there’s no cure, the best way to treat polio is to prevent it with vaccinations.
The most common supportive treatments include:
In advanced cases of leg weakness, you may need a wheelchair or other mobility device.

How to prevent polio

The best way to prevent polio is to get the vaccination. Children should get polio shots according to the vaccination schedule presented by the Centers for Disease Control and Prevention (CDC).