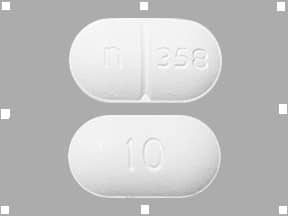 It is almost impossible to detect a fake drug, including the n 358 pill, by mere sight these days. People used to be able to tell a fake drug from the substandard packaging and product discrepancy. However, the manufacturers of these fake drugs have improved their production skills and perfectly imitate the physical appearance of these drugs.

The N 358 10 pill is a narcotic analgesic containing acetaminophen and bitartrate at 325 mg and 10 mg respectively. It is a Schedule II controlled drug and can only be purchased when a patient presents a genuine prescription from a doctor as it can be easily abused and cause drug addiction. It is commonly used to treat chronic pain and other types of pain. The real n 358 10 pill bears resemblance to the fake but it does not contain fentanyl.

This article will cover how you can identify and differentiate between the real and fake n 358 10 white pills by testing for fentanyl. You’ll also get to know and understand how the combination of acetaminophen and hydrocodone bitartrate works and affects your body.

The drug that carries the imprint “N 358” on one side and “10” on the other, belongs to the narcotic analgesic category of drugs. It contains 325 mg of acetaminophen – the analgesic and 10 mg of hydrocodone bitartrate – the narcotic, to treat pain from conditions such as arthritis, back pain, and surgery.

It is white and has a capsule shape, measuring about 14 mm in length. On what can be considered to be the front of the capsule, there is an evident indentation in the middle of the pill, with the imprint “N 358” effectively separated into a letter and number by the indentation. The deep line is meant to help patients break the pill into smaller dosages suitable for them as per their prescription. On the other side of the capsule, the number “10” is imprinted on it, and no indentation cuts across the pill.

The N 358 10 pill is supplied by Novel Laboratories, Inc. it is classified as a Schedule II controlled drug in the United States of America due to the combination of active ingredients it contains and their effect on the human body. Narcotic analgesics, the class of drug the n 358 10 pill belongs to, are only available to patients that have valid prescription forms from doctors because it causes addiction if used in the long term, and its control helps to curtail the drug abuse problem in the United States of America.

The major active ingredients in the n 358 10 capsule are acetaminophen and hydrocodone bitartrate. They are present in each capsule in 325 mg and 10 mg respectively. Together, they help to address pain by reaching the site of pain and inhibiting the production of enzymes responsible for inflammation and fever, which usually precedes pain. However, their specific site of action may be different.

Acetaminophen is a common pain killer, commonly found in paracetamol in different concentrations. It is speculated to work in the body by increasing the pain threshold in its users, meaning that the level of pain has to be more than what was previously experienced before pain can be felt. This is due to its action on the production of prostaglandins produced by cyclooxygenase enzymes. Acetaminophen is reportedly said to inhibit the COX enzyme and effectively curb how much pain an individual feels. However, there are claims this has been debunked.

Hydrocodone bitartrate specifically targets the brain and the spinal cord. It exerts its influence on how your body perceives and responds to pain. It reduces the sensitivity of the nerves that send pain messages to the brain and consequently helps the affected individual consciously feel less pain. It also has some effect on the lungs, hence its effectiveness in treating pain from cough.

The n 358 10 pill employs a dual mechanism of action by combining the action mechanisms of acetaminophen and hydrocodone bitartrate. The COX enzyme is inhibited, helping to curb inflammation and fever, thus reducing pain, and the nerves in the spinal cord and brain responsible for transmitting and receiving pain messages are less active, hence reducing pain significantly. However, the combination of these drugs also means that the n 358 10 pill is not a pain med that can be used as needed.

The n 358 10 pill is a prescription medication. This means that your doctor will give you direction on the right dosage for you, as many things go into the prescription of this drug to patients, one of them being their history of drug abuse.

However, for adults, you can expect to have a maximum of 6 tablets in 24 hours for 325 mg/10 mg acetaminophen and hydrocodone bitartrate. There may be adjustments to this dose, usually a lower dose if the patient has renal or hepatic issues.

What happens in case of an overdose?

Cases of an overdose in the use of n 358b 10 pills are not unusual as the human body gets used to the effect of this drug at a particular dosage. The increase of dosage without consulting your doctor is dangerous and can cause some fatal medical issues, even death. Therefore, when a particular dosage doesn’t treat your pain as well, inform your doctor.

However, if someone you know has overdosed on n 358 10 pills or any other narcotic analgesic combination drug, call emergency services immediately.

To prevent an overdose, do not compensate for a missed dose by taking a double dose. Also, follow your prescription to the letter.

Like every other drug, especially of such strength, the n 358 10 pill has some side effects to its use. These side effects may be severe in some people while others have mild. They include:

If you notice any of these side effects, consult a doctor immediately.

The prevalence of fake drugs in society has prompted the need to actively ascertain that the drug you’re using is the real one. Fentanyl-laced drugs are paraded on the street as Norco, a brand name for a drug that bears resemblance in use to the n 358 10 capsules. This exposes users to the possibility of buying fake n 358 10 drugs.

Although fentanyl has its legal medicinal use, its combination with a narcotic analgesic combination drug can only be fatal for its users. Cases of organ damage and some deaths have been recorded in the United States as a result of using such medications.

Therefore, to ascertain that you’re buying and using the right drug, do a simple fentanyl test on the drug before use.

The n 358 10 capsule is a narcotic analgesic combination drug used to treat chronic pain. It is a controlled substance and is only available on prescription. Don’t increase dosage without the doctor’s guidance, and test for fentanyl when you buy the capsule. 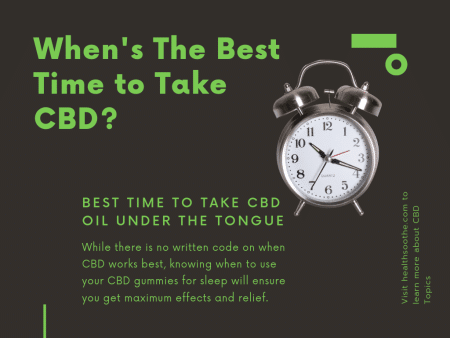