By Ayomide
August 26, 2021
Last updated: August 26, 2021
Share
Facebook
Twitter
Pinterest
WhatsApp
Linkedin
ReddIt
Email
Tumblr
Telegram
In this article hide
What are Contraceptives?
How Does Alcohol Work in the Human Body – The Truth vs The Myth
Does Whisky affect Semen?
Does Whisky Affect Fertilized Ovum?
Recommended Contraceptives you should consider
Conclusion
0
(0)

Most ladies are wary of getting pregnant out of wedlock, at least in Nigeria, and they will do anything to stop that from happening – one of which is the use using and believing that whisky prevents pregnancy. Although this may seem possible to some who have heard of the dangers of consuming alcohol during pregnancy, it isn’t to others.

Pregnancy occurs when one or more mature egg or ova, from the ovaries of a woman, moves through the fallopian tube, and into the uterus, to be fertilized by a mature and healthy sperm cell, after which it implants into the uterine wall for its establishment, growth, and development. The prevention of the fertilization process either by preventing the contact of mature ova with healthy sperm cells, or the destruction of the sperm cells before they meet the mature ova, is called contraception.

In this article, we will answer the question, “Can whisky prevent pregnancy?” and discuss how this is a myth. We will also briefly talk about the recommended contraceptives that are available and what you can use in case you need emergency contraceptives. 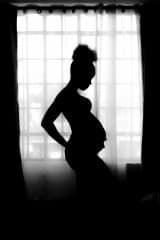 Contraceptives are physical materials used to prevent fertilization of reproductive cells, thus preventing the occurrence of pregnancy. They can be objects, such as condoms, that prevent the entry of semen into the vagina by collecting them in its hollow part, or creams, as in spermicides, that kill the quality of sperm cells in the semen, making them unable to fertilize a mature ovum, if they come in contact with one.

Using contraceptives are the most effective ways of preventing pregnancies in the world. Before the advent of condoms and spermicidal creams, people have used herbs and concoctions to prevent pregnancies. However, some people, even today, use materials that are questionable, such as whisky, as contraceptives.

While alcohol, like whisky, is dangerous to the fetus in a uterus, it does not influence the possibility of a sperm cell fertilizing a mature and healthy ovum.

Alcohol’s action in the human body, regardless of gender is the same. It spreads through the body the same way any other food nutrient does, through the blood stream. This sis why you will feel its effect quickly than solid foods that needs to be processed first.

When you swallow alcohol, it ends up in the stomach, and because of its large surface area and light nature, it is processed fast, unless there is food in the stomach, which delays its passage in the intestines. However, it is eventually passed into the bloodstream, which spreads it throughout the body in no time.

It continues to pervade the body until the liver gradually filters it off the blood and breaks it down into water, carbon dioxide, and energy. The next organ to work on the blood is kidney, removing excess water from it, as produced during alcohol breakdown by the liver, and helping to produce urine from them.

The alcohol in the blood can pass from the mother to the child in the uterus because they share a link, the placenta. While the mother may be able to process alcohol and expel it from her body, the fetus is unable to do so, and this can lead to the loss of fetus or congenital abnormalities. However, this only affects fetuses, that is when the fertilized ovum has been implanted and established in the uterus.

Since whisky prevent pregnancies for some people, as they claim, it should have some effect on the semen that has gained access into their uterus. The link between the uterus and the fetus, that is, the placenta does not appear until an embryo is formed and it grows into a fetus. Its purpose is to share nutrition from the mother to the child, therefore sperm cells already in the uterus do not come in contact with the whisky you drink after having unprotected sex.

Although consuming alcohol in large quantity is linked to negatively affecting the health of male fertility, it does not kill sperm cells; it only makes them weak by reducing their motility, altering their shape, and reducing semen volume.

Despite this, it takes consistently consuming 15 drinks and above of alcohol weekly, over a period of time before this can happen, and it is specific to men. This should give you a reasonable answer to the question, Can Whisky prevent pregnancy?

Yes, whisky affect semen but it does so when consumed by the man in large quantities, over a period of time. When such man has unprotected sex with a woman, there is every likelihood pregnancy will not occur. However, if the man has healthy semen and the ovum is mature and healthy, conception may occur, all things being equal.

Yes, whisky can affect a fertilized ovum. A fertilized ovum implants into the uterine walls and develop into an embryo. However, the development can be incomplete, leading to loss of pregnancy due to prolonged use of pregnancy. Note that this occurs when the woman is a habitual abuser of whisky or any other alcohol. This has caused change in the hormonal balance of the reproductive system, causing it to be unable to sustain life.

This differs from the planned consumption of alcohol to stop the fertilization process after unprotected sex.

Recommended Contraceptives you should consider

While sex is an enjoyable act, it can have consequences you are not ready for, like raising a baby or contracting diseases. To prevent any of the two cases, the use of contraceptive is a wise avenue. Contraceptives that are safe and can be discontinued when you are ready for pregnancy include

There are also medications that serve as emergency contraceptives. You can use them after unprotected sex to prevent pregnancies. However, their efficacy depends on how soon you use them. They include:

Unwanted pregnancies are sometimes a cause for shame but preventing them starts with abstinence, and in other cases, using contraceptives. In some cases, contraceptives may fail, necessitating the need for an emergency contraceptive. However, whisky is not a contraceptive, emergency or not. Although it can affect the hormonal balance of the reproductive system, it does so when there has been a prolonged consumption at high quantities.

Therefore, the question, “Can whisky prevent pregnancy?” has No as its answer. Whiskey cannot prevent pregnancy as a contraceptive. However, it can destroy the development of an embryo and fetus.

How to clean your teeth – Step-by-Step Guide

How Much Does Teeth Whitening Cost?

How Long Does It Take to Whiten My Teeth?

The Best options of antibiotics for toothache? Here is our recommendation.

6 Ways To Boost Your Immune System

Sleep Apnea: How Your Dentist Can Help You Sleep Better