All You Need to Know About the B706 Pill 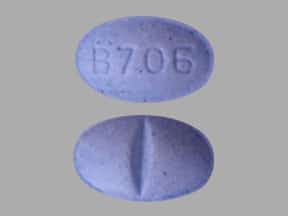 There are many brands of drugs that address anxiety and panic disorder in affected patients and one of them is the B706 pill owned by the brand, Xanax. It is one of the less concentrated forms of benzodiazepines produced by the manufacturers and is available in small dosages.

The B706 pill is a blue Xanax pill that is blue and has an oval or elliptical shape. It is embossed with the imprint “B706” and it is classified as a Schedule IV controlled substance, only available on prescription, and usually used for short-term treatment of anxiety and panic attacks.

This article will ensure that you get all the important information about the B706 blue pill such as how it affects your body while it treats panic and anxiety disorders, what it uses to exert its effect on the body, the right dosage to use for your condition, its safety for you, depending on your medical condition, and many more.

The B706 pill is a drug that bears the imprint, “B706” on its face, and it is recognized to be Alprazolam 1 mg. it is oval or elliptical in shape, and blue, supplied by Breckenridge Pharmaceutical, Inc., and manufactured by Centaur Pharmaceuticals Private Limited.

It is a prescription drug that is in the Schedule IV category of the controlled substance list. Its high potential of being abused makes it one of the most sought drugs by some drug addicts. It is used to treat panic attacks and anxiety disorders by exerting the influence of Alprazolam – its active ingredient – on the central nervous system, hence its classification as a benzodiazepine.

The real B706 pill is easy to identify as it has an imprint on its face, and on the other face, there’s a deep indentation that is meant to help users of the pill, especially in lower doses, break it into two equal halves. The indentation is characterized by one deep line in its middle, and around it, an oval shape, making the indentation look like a crater. 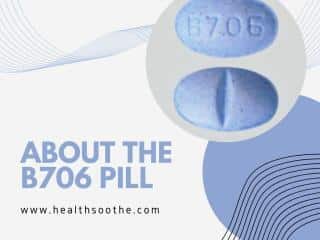 The B706 pill containing 1 mg of Alprazolam works the same way other Alprazolam drugs work, by exerting its influence on the brain and the nerves. Alprazolam is a fast-acting tranquilizer of medium duration. It acts by deadening the sensory nerves and reducing the amount of information passing from the nerves to the brain.

Alprazolam, when it gets into the human body, attaches itself to the most prolific inhibitory receptor within the brain, the GABA receptors. It is responsible for secreting chemicals that bring calm to the body and consequently control anxiety and fear. Alprazolam increases its function by attaching to the GABAA receptor and causing chloride channels to open, introducing chloride ions into the cell and making depolarization almost impossible.

The dosage administered for each patient depends on the condition that is being treated. For anxiety in adults between 12 years old and 50 years old, the usual recommended dose is 0.25 or 0.5 mg dose of alprazolam thrice daily. A maximum daily dose of 4 mg of alprazolam is recommended. However, there may be a need to increase the dosage; in this case, the dosage increase should be no more than 0.5 mg every three days.

For geriatric dose 1https://www.msdmanuals.com/professional/geriatrics/approach-to-the-geriatric-patient/introduction-to-geriatricsin treating anxiety disorder, the usual recommendation is 0.25 mg of alprazolam taken orally twice or thrice daily. A lower dosage may be administered if side effects of the drug kick in.

Panic disorder treatment in adults, using alprazolam requires a maximum daily dosage of 10 mg. usually, you will find that 0.5 mg of alprazolam administered orally thrice daily will do the job in most cases. However, in cases where dosage has to be increased, 0.5 mg increase every three days is best. Geriatric dose for panic disorder requires that patients start with 0.5 mg alprazolam taken orally once a day. However, you may break the dose into 0.25 mg alprazolam twice or thrice daily, when the dosage has to be increased.

Side Effects of the B706 Pill

Being a drug of such important effect on the brain and a controlled substance, the B706 pill has some serious side effects; some of which are common among users and others rarely seen. They include:

If you notice any of these side effects, consult your doctor immediately.

Although Alprazolam is an effective medication for anxiety, it is not as safe for everybody as you’ll expect. People who should be wary of taking alprazolam include:

For Alprazolam, pregnant women are not to start or discontinue its use during pregnancy. If you weren’t on alprazolam before pregnancy, don’t start it, as its effect may be felt by your baby, and may cause serious withdrawal symptoms later. If you were on alprazolam before pregnancy, consult your doctor; they will help you design a dosage reduction that will minimize the withdrawal symptoms, to keep your baby healthy and its development normal.

People with a substance abuse history

If you’ve ever had a history of using any substance to make yourself feel good or relaxed, you should inform your doctor before using the B706 pill. This is because alprazolam has the potential of being abused due to its sedative and tranquilizing effect on the brain.

Whether your history is with alcohol, opioid, fentanyl, or any other recreational drug, inform your doctor before using the B706 pill.

The B706 pill works and has to leave the body at a point. The liver and kidneys play an important role in ridding the body of the metabolites of alprazolam; therefore, kidneys and liver in bad conditions may be unable to effectively remove the metabolites when they should. Your doctor should know what condition your kidneys and liver are in before prescribing this pill for you.

Also, one of the side effects of alprazolam is hypotension; if you already have this condition, it may be catastrophic to use the B706 alprazolam pill. Let your doctor be informed of this condition before you use the pill.

The B706 Pill Interaction with Other Drugs and Foods

The B706 pill interacts with some drugs and causes its effect to take longer in the body than usual, reducing its efficacy, and exaggerating its side effects. Some of them include other benzodiazepines such as oxazepam, antidepressants such as imipramine, antihistamines, barbiturates, cannabis, and many more. Consult your doctor on how to manage drug interaction.

The B706 pill is Alprazolam 1 mg and it is used to treat anxiety and panic disorders. It is a controlled substance and is not advisable to be used during pregnancy as it comes with withdrawal symptoms, which may be severe for the fetus. Consult your doctor before you begin the use of the B706 alprazolam pill. 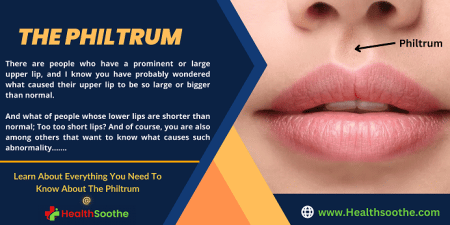 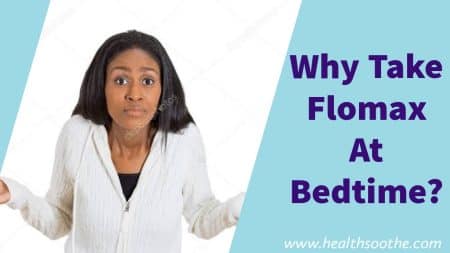