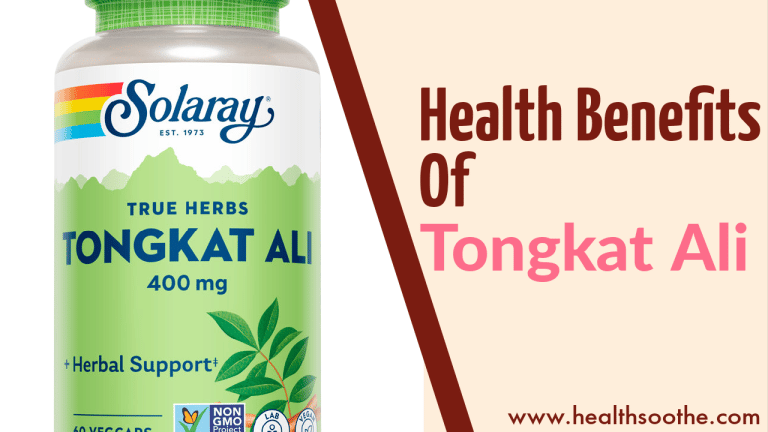 Tongkat Ali is a traditional Southeast Asian herbal supplement that has been used for centuries as a natural herbal remedy for treating a variety of ailments such as fever, erectile dysfunction, bacterial infections and more.

While there is some scientific evidence to support these claims, much of the research on Tongkat Ali is limited and more studies are needed. Nevertheless, tongkat ali remains a popular supplement, particularly in Asia.

In this article, we will take a look at the amazing health benefits of Tongkat Ali and possible side effects.

Without further ado, let's get down to business.

What is Tongkat Ali?

Tongkat Ali also known as “Long Jack”, “Eurycoma Longifolia” etc, is a traditional herbal medicine that is native to Southeast Asia. it has been used for centuries in some Asian countries like Indonesia, Malaysia, Vietnam, and several other Asian countries to treat a variety of conditions.

Tongkat Ali contains a number of compounds that have been shown to have positive effects on health. These include quassinoids, flavonoids, and saponins. Quassinoids are known to have anti-inflammatory, anti-bacterial, and anti-viral properties. Flavonoids are antioxidants that can help protect cells from damage caused by free radicals. Saponins are compounds that have been shown to boost immune function and increase libido.

Tongkat Ali has been traditionally used to increase energy levels, libido, and fertility. It is also said to promote weight loss, build muscle, and reduce stress levels. Tongkat ali is also sometimes used as a natural treatment for sexual dysfunction and male infertility. Tongkat Ali is available in supplement form and is often marketed as a natural testosterone booster.

While there is some scientific evidence to support the use of Tongkat Ali for treatment of certain health conditions, more research is needed to confirm its efficacy.

In addition, it is said that tongkat ali does have some potential health benefits but, it is important to remember that it is not a miracle cure-all. If you are considering taking tongkat ali supplements, be sure to speak with your healthcare provider first to ensure it is safe for you.

Tongkat Ali is a flowering plant in the family Rubiaceae, native to rainforests in Southeast Asia, specifically Indonesia, Malaysia, Myanmar, and Thailand. The tree is also known as "pasak bumi," "malaysian ginseng," "long jack" and "eurycoma longifolia." The plant has been used for centuries in traditional medicine for its purported health benefits.

Some of the claimed benefits of tongkat ali include improved libido and fertility, increased muscle mass, increased energy levels, and improved mood. The active ingredient in tongkat ali is Eurycomanone, which is thought to be responsible for the tree's medicinal properties.

Eurycomanone has been shown to have anti-inflammatory, immune-boosting and anticancer effects in animal studies.

Human studies on the effects of tongkat ali are limited, but some research suggests that the supplement may indeed offer some health benefits.

Overall, more research is needed to confirm the potential health benefits of tongkat ali. However, this supplement appears to be safe for most people when taken as directed. If you're considering taking tongkat ali, talk to your doctor first to see if it's right for you.

The Different Forms of Tongkat Ali

Tongkat ali comes in many different forms, each with its own unique benefits.

Pills and capsules are the most popular form of tongkat ali, as they are easy to take and offer a concentrated dose of the herb. Tongkat ali tea is another popular option, as it is a refreshing way to get your daily dose of the herb. Tinctures and extracts are also available, although these forms are not as common.

No matter what form you choose, tongkat ali is sure to offer a variety of amazing health benefits.

Tongkat ali is a traditional herbal remedy that has been used for centuries in Southeast Asia to treat a variety of ailments. The most well-known use of tongkat ali is as a sexual enhancer, but it also has a number of other health benefits.

Here we will take a look at some of the potential health benefits of using tongkat ali and the science behind them.

- May Improve Sexual Function In Men

A recent study published in the Journal of Sexual Medicine found that tongkat ali may indeed be effective in improving sexual function in men.

The study involved 60 men between the ages of 25 and 52 who were experiencing erectile dysfunction and/or other sexual problems. Half of the men were given a placebo while the other half were given tongkat ali extract for four weeks.

At the end of the four weeks, the men who had taken tongkat ali showed significant improvements in their sexual function compared to those who took the placebo. They reported better erections, increased libido, and improved sexual satisfaction.

These results are promising and suggest that tongkat ali may be a safe and effective way to improve sexual function in men. However, more research is needed to confirm these findings.

Furthermore, studies in both animals and humans show that taking tongkat ali increases sexual arousal and may help men with erectile dysfunction.

- May Boost Energy Levels And Vitality

A common claim is that tongkat ali can help to boost energy levels and vitality. This is often attributed to the herb's purported ability to increase testosterone levels. While there is some evidence that tongkat ali may indeed have this effect, it should be noted that most of the research on the matter is quite preliminary.

- May Relieve Stress Or Anxiety

Tongkat ali is an herbal supplement that has been used for centuries in traditional medicine to treat a variety of ailments. The most well-known use of tongkat ali is as an aphrodisiac, but it is also commonly taken to reduce stress and anxiety.

The exact mechanism by which tongkat ali relieves stress and anxiety is not fully understood, but it is thought to work by increasing levels of the hormone testosterone, which has calming effects on the body.

Some people believe that tongkat ali can help to build muscle mass, although there is no scientific evidence to support this claim. However, one animal study showed that mice given tongkat ali extract had increased levels of testosterone and other hormones associated with muscle growth.

It’s possible that tongkat ali could help to increase muscle mass in humans, but more research is needed to confirm this. If you’re interested in trying tongkat ali for its potential muscle-building effects, make sure to purchase it from a reputable source.

Potential Side Effects and Dosage of Tongkat Ali

The few human studies on the use of Tongkat Ali have not revealed any potential side effects.

Tongkat ali appears to be safe in doses ranging from 200 to 400 mg per day for most healthy adults, but this amount has not been studied.

Furthermore, no studies have been conducted to investigate its long-term use, leaving it unclear whether the supplement is safe over longer periods of time.

Furthermore, it is unknown whether tongkat ali is safe for pregnant or nursing women.

Some supplements may also contain higher-than-recommended levels of mercury, and consuming too much mercury can result in mercury poisoning, which is characterized by mood changes, memory problems, and motor skill issues.

If you're looking for an all-natural way to improve your health, Tongkat Ali may be worth considering.

This traditional medicinal herb has been used for centuries in Asia to treat a variety of ailments, and recent research has shown that it does indeed have a number of health benefits.

From boosting testosterone levels to improving cognitive function, there are many reasons why you should give Tongkat Ali a try. 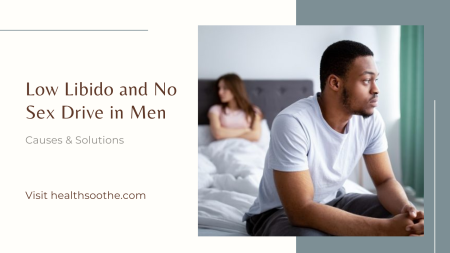 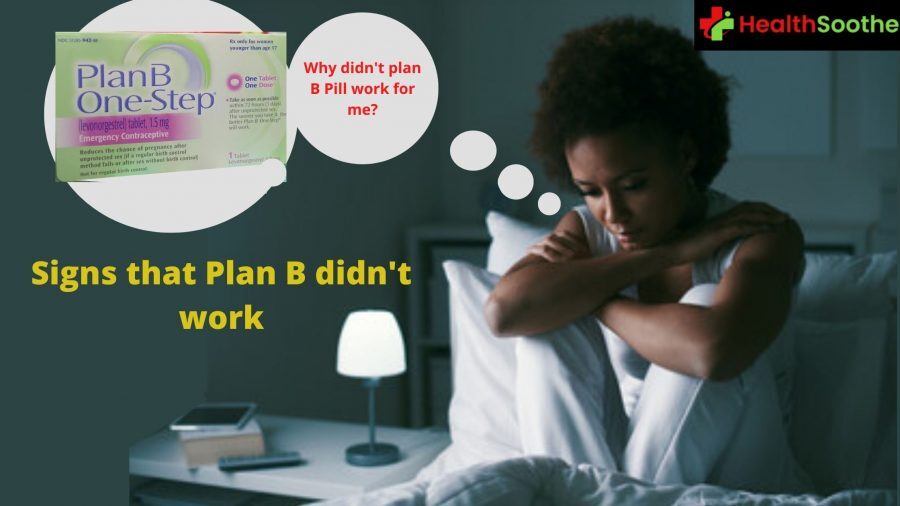 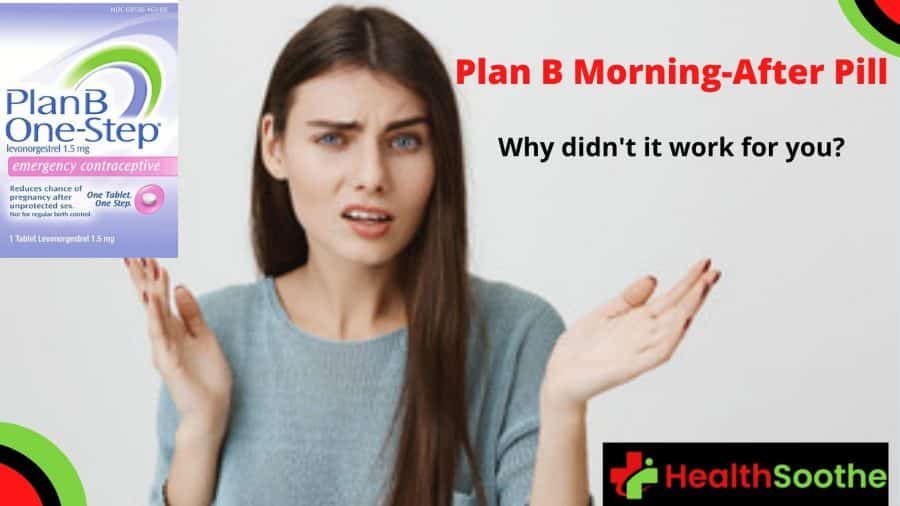