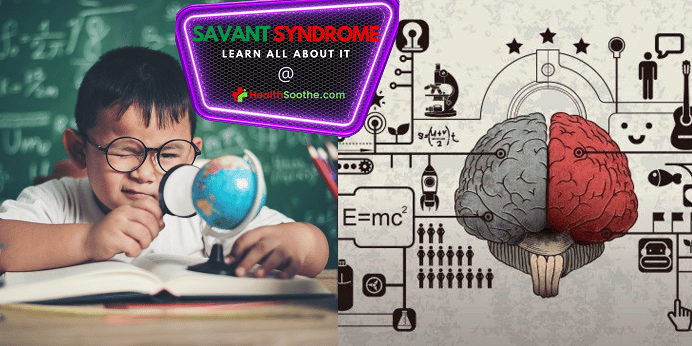 Have you ever seen or observed someone or people who have various developmental disorders like autistic disorder (people with autistic disorder often have problems with social communication and interaction, and restricted or repetitive behaviors or interests), and yet still, this set of people have amazing talents and skills that you can never dream to have.

If you are hearing or seeing this for the first time, then yeah, such people exist. They might have intellectual disabilities but they are able to memorize a thousand words in under 15 minutes, play a musical instrument with such skill it can be considered otherworldly, have amazing artistic talents, and other skills like exquisite sensory discrimination in smell or touch or perfect appreciation of passing time without access to a clock face.

This is a condition known as Savant Syndrome. Have you heard of it? If you want to know the phenomenon behind why these people are able to do what they can do, then you need to know all about Savant syndrome.

This article covers all you need to know about Savant syndrome; its causes, symptoms, treatments, and prevention.

Ok, you get what I am trying to say now. Let’s move on to the main article.

Savant Syndrome – What is it? 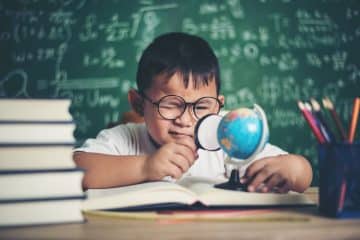 Savant syndrome is a rare condition in which persons with various developmental disorders, including autistic disorders, have amazing abilities and talents. The condition can be congenital (genetic or inborn) or can be acquired later in childhood, or even in adults.

It is a rare condition in which someone with significant mental disabilities demonstrates certain abilities far in excess of average. The skills that savants excel at are generally related to memory. This may include rapid calculation, artistic ability, map making, or musical ability. Usually, only one exceptional skill is present.

The savant skills coexist with various neurodevelopmental conditions including autistic disorder and/or intellectual disability, or other conditions such as genetic (chromosomal) disorders, brain malformation or injury, or other diseases that occur before (prenatal) during (perinatal) or after birth (postnatal), or even later in childhood or adult life (acquired savant).1https://en.wikipedia.org/wiki/Savant_syndrome

To know more about savant syndrome, you can watch the video below:

How Common is Savant Syndrome?

Approximately one in 10 persons with autistic disorder have some savant skills. In the case of intellectual and/or developmental disabilities, as well as brain injuries, savant skills occur at a rate of less than 1%. Thus, not all savants are autistic, and not all people with autism are savants.

Savant syndrome is estimated to affect around one in a million people. The condition affects more males than females, at a ratio of 6:1. The first medical account of the condition was in 1783. Among those with autism, 1 in 10 to 1 in 200 have savant syndrome to some degree.

It is estimated that there are fewer than a hundred prodigious savants, with skills so extraordinary that they would be considered spectacular even for a non-impaired person, currently living.

The Symptoms and Signs of Savant Syndrome

The most common kinds of savants are calendrical savants, "human calendars" who can calculate the day of the week for any given date with speed and accuracy, or recall personal memories from any given date. Advanced memory is the key "superpower" in savant abilities.

Approximately half of the savants are autistic; the other half often have some form of central nervous system injury or disease. It is estimated that up to 10% of those with autism have some form of savant abilities.

What is the Range of Savant Skills?

Savant skills exist over a spectrum of abilities:

What are the Typical Savant Skills?

Typically, a particular skill occurs singularly in each person with savant syndrome. However, in some instances, multiple skills occur in the same person. Regardless of the type of skill, it is always combined with exceptional memory.

Below are the Typical Savant Skills:

While a number of theories have been put forth to date, no single theory can explain all savants.2https://www.ncbi.nlm.nih.gov/pmc/articles/PMC2677584/

No widely accepted cognitive theory explains savants' combination of talent and deficit. It has been suggested that individuals with autism are biased toward detail-focused processing and that this cognitive style predisposes individuals either with or without autism to savant talents.

Another hypothesis is that savants hyper-systemize, thereby giving an impression of talent. Hyper-systemizing is an extreme state in the empathizing–systemizing theory that classifies people based on their skills in empathizing with others versus systemizing facts about the external world.

Also, the attention to detail of savants is a consequence of enhanced perception or sensory hypersensitivity in these unique individuals. It has also been hypothesized that some savants operate by directly accessing deep, unfiltered information that exists in all human brains that are not normally available to conscious awareness.

In some cases, savant syndrome can be induced following severe head trauma to the left anterior temporal lobe. Savant syndrome has been artificially replicated using low-frequency transcranial magnetic stimulation to temporarily disable this area of the brain.

What is the Treatment for Savant Syndrome?

Savant syndrome is not a disorder or disease3https://www.ssmhealth.com/treffert-center/conditions-treatments/savant-syndrome, it's a condition where extraordinary skills and memory are grafted onto a more basic brain dysfunction that arises from a developmental disability or some other form of central nervous system disease or disorder.

There are no objectively definitive statistics about how many people have savant skills or definitive scientific evidence on how people gained savant syndrome. The estimates range from "exceedingly rare" to one in ten people with autism having savant skills in varying degrees.

A 2009 British study of 137 parents of autistic children found that 28% believe their children met the criteria for a savant skill, defined as a skill or power "at a level that would be unusual even for 'normal' people". As many as 50 cases of sudden or acquired savant syndrome have been reported.

Males with savant syndrome outnumber females by roughly 6:1 (in Finland), slightly higher than the sex ratio disparity for autism spectrum disorders of 4.3:1.

Savant syndrome is estimated to affect around one in a million people. The condition affects more males than females, at a ratio of 6:1. The first medical account of the condition was in 1783.

Among those with autism, 1 in 10 to 1 in 200 have savant syndrome to some degree. It is estimated that there are fewer than a hundred prodigious savants, with skills so extraordinary that they would be considered spectacular even for a non-impaired person, currently living.

You can always check our FAQs section below to know more about savant syndrome. And always remember that Healthsoothe is one of the best health sites out there that genuinely cares for you. So, anytime, you need trustworthy answers to any of your health-related questions, come straight to us, and we will solve your problem(s) for you.

The first step in helping any child who shows special savant skills is to have a complete evaluation to determine what the basic disability or disorder is that underlies their special abilities.

Not very often. Quite to the contrary, continued practice and use of the special skills generally leads to greater ability, more facility, and increased expertise.

A researcher answers this question with respect to Daniel, a savant; “His real talent, however, is numbers. Numbers, according to Daniel, are special to him. He actually 'sees' numbers and calculations – a rare ability called synaesthesia. In his mind, each number from 1 to 10,000 has its own unique shape, color, texture, and feel.”

Savant syndrome is a rare, but extraordinary, condition in which persons with serious mental disabilities, including autistic disorder, have some 'island of genius' which stands in marked, incongruous contrast to overall handicap.

Savants have behaviors such as obsessive preoccupation with, and memorization of, music and sports trivia, license plate numbers, maps, historical facts, or obscure items such as vacuum cleaner motor sounds, for example.

Advanced memory is the key "superpower" in savant abilities. Approximately half of the savants are autistic; the other half often have some form of central nervous system injury or disease.

Savant skills, while not universally present in Asperger's persons, are very common, and generally include prodigious memory. When they do occur, in my experience, those special abilities in Asperger's tend to involve numbers, mathematics, and mechanical and spatial skills.

An autistic savant is not the same as a talented autistic person. Many autistics have ordinary talents, but savant syndrome is rare and extreme. In other words, a person with autism who can calculate well, play an instrument, or otherwise present himself as highly capable is not a savant.

In acquired savant syndrome astonishing new abilities, typically in music, art, or mathematics, appear unexpectedly in ordinary persons after a head injury, stroke, or other central nervous system (CNS) incident where no such abilities or interests were present pre-incident.

Savant syndrome is not a disease or disorder to get treated, and it is just a condition where the child has extraordinary skills and memory in addition to a basic dysfunction of the brain.