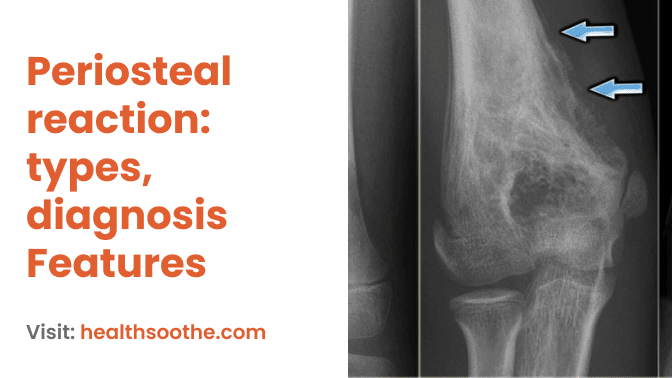 Prior to radiographic alteration, the mineral composition of bone must change by 30–50%. Typically, 10–14 days after histology production is observed, early periosteal new bone may be seen radiographically. There are three types of periosteal reactions: benign, semi-aggressive, and aggressive.

Aggressive responses are not always indicative of 1malignancy; rather, they show that the illness is developing more quickly than the bone can handle it. In general, benign responses are those that are ongoing, homogeneous, and uniform in the thickness and opacity of the bone (solid).

While older responses grow thicker and bone-like, younger reactions will be hardly mineralized and opaque like soft tissue. Generally speaking, a periosteal response that is erratic and vague should raise the potential of an aggressive lesion. The periosteal response often does not fit into any of the categories described below.

An aggressive bone lesion is consistent with any indication of periosteal irregularity. A nonaggressive periosteal reaction is distinguished by a smooth edge to the periosteal new bone growth, as one might anticipate.

Because there may be other findings that make the lesion aggressive, the discovery of a smooth periosteal reaction does not necessarily imply that the lesion is not aggressive.

The lesion will still be aggressive if it has a smooth periosteal reaction but an unclear transition zone.

The periosteal reaction can also be caused by other conditions, but the combination of imaging and clinical findings usually enables accurate diagnosis.

However, when limited to the lower extremities, the scintigraphic features should be diagnosed cautiously because lower limb edema or chronic venous stasis may exhibit a similar distribution of uptake.

Regarding the language used to define periosteal response, there is a significant overlap in the literature.

Because the disease entities that produce the two main types of periosteal response aggressive and nonaggressive have a large overlap, the main objective in assessing periosteal reaction is to determine its existence rather than the particular subtype.

Radiographically, it is often impossible to tell whether the underlying process is benign or malignant. Aggressive periosteal reactions may result from processes that deposit woven bone quickly over a short period of time, while less intensive processes that advance more slowly give off a nonaggressive look.

A laminated or onionskin-like look is created when several layers of new bone grow concentrically around the cortex in the laminated subtype of periosteal response. Concentric layers were once thought to emerge as a result of alternating cycles of fast and gradual damage to the bone.

More recent research, however, contends that the multiple layers develop as a result of fibroblast sheets in the nearby soft tissue being modulated; these sheets then acquire osteoblastic potential and give rise to sheets of new bone.

Another theory is that the inner cambium layer is stimulated to form a new bone layer below as the new layer of bone is lifted off the cortex. Numerous lesions, including sarcomas, osteomyelitis, and chondroblastomas, have a laminated appearance.

How long does a periosteal reaction take?

5 days after the fracture, the periosteal reaction was first noted and was found in 62% of the films taken between 15 and 35 days later. Soft callus first appeared on day 12 and was common in 41% of cases between days 22 and 35.

At day 19, hard callus and bridging started to appear, and their prevalence increased to 60% after 36 days.

It can take three weeks for it to materialise.

The periosteal reaction pattern can occasionally be very suggestive of a specific process, but generally speaking, the disease entities that lead to aggressive and nonaggressive forms share a lot of similarities. 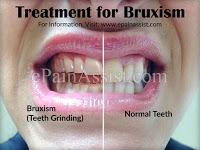 The Ultimate Guide to Understanding and Treating Bruxism 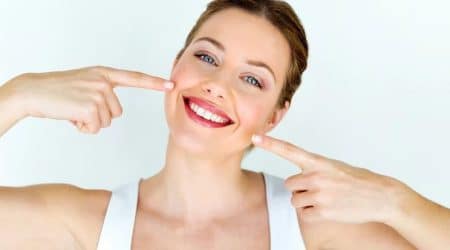 6 resolutions that will help keep your pearly whites shining bright in 2023! 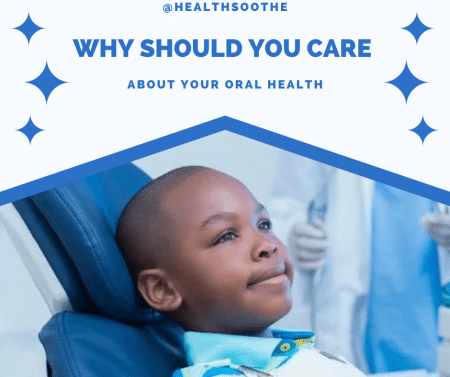 Why Should You Care About Your Oral Health