8 Most Toxic Substances In Food That Can Harm Your Health 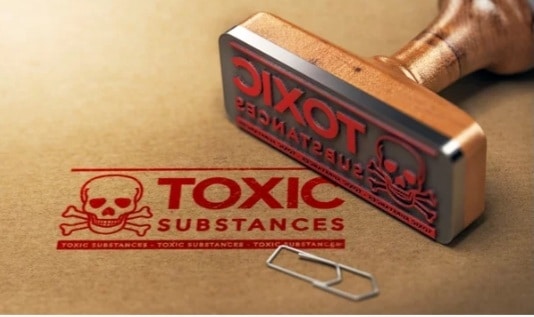 “We are what we eat,” Hippocrates said several centuries ago. Today scientists confirm the words of the ancient Greek physician. Recent studies show a strong connection between the food that a person eats and the diseases they have. Processed foods are especially dangerous: ham and fries, cookies and candy, sugary drinks and chicken nuggets, dumplings, and muesli bars.

In addition, some foods are more harmful as they have harmful substances in them. In this article, we will tell you about dangerous substances present in daily food that can cost you your health.

Major Toxins In Our Foods

Some foods and drinks contain substances that are harmful to our health; below are some of those substances.

According to Hawaiian scientists, students who ate predominantly processed foods had a 67% higher risk of developing pancreatic cancer. In addition, a 2010 study by Harvard scientists found that eating processed meat increased the risk of heart disease by 42% and the risk of type 2 diabetes by 19%.

Many people would be surprised to know that alcohol is present in many of our daily foods and drinks, and we are not even aware of it. Even the beers labeled as alcohol-free have some amount of alcohol in them. Other foods and drinks that contain alcohol include; rye bread, burger rolls, apple juice, white wine vinegar, etc.

Though the amount of alcohol in them is negligible, frequent and excessive usage of these products can trigger alcohol cravings if you have an alcohol dependency. Thus, according to health professionals, it is better to avoid alcohol-containing products for better health. Besides, it is extremely important to get your alcohol dependency treated to secure your well-being.

Like most states of the US, alcohol addiction is a major health concern in Rhode Island. Therefore, it is necessary for you to get professional help, and you can also find alcohol rehabilitation centers in Rhode Island that offer financial assistance. Such aid can make your treatment much more convenient.

Many people use it as a conditioning and decolorizing agent. This chemical makes baked goods fluffy and porous. The World Health Organization has recognized potassium bromate as a carcinogen and called for its ban.

Today its use is limited in many countries but allowed in the homeland of McDonald's - in America. This additive is widely used in bakeries and fast-food restaurants. At the same time, the International Agency for Research on Cancer has data that indicate that its use may contribute to the emergence of oncology.

Infected fish pose a serious danger to young children, pregnant and lactating women. According to the American Academy of Nutrition, mercury can cause intrauterine growth retardation and gene mutations.

Poisoning with it is fraught with impaired coordination of movements, vision, speech, and hearing, leading to muscle weakness. Nutritionists advise paying attention to relatively safe types of fish - tuna, catfish, and salmon.

Most of the food colors used in the food industry are of synthetic origin. As a rule, they give beautiful color to products of dubious quality since natural products do not need additional coloring. In addition, synthetic dyes are the most dangerous for children:

Numerous studies show that they increase the likelihood of heart attacks and strokes, contributing to inflammatory processes in the body and the development of diabetes. In Denmark, the sale of foodstuffs with a hydrogenated fat content exceeding 2% is prohibited. However, still in many parts of the world, people use this harmful substance excessively.

Different types of sweeteners have different effects on the human body. So, acesulfame potassium or Ace K causes disorders in the thyroid gland and contributes to cancer. The use of aspartame can lead to malignant tumors in the brain, resulting in leukemia.

Absolutely all sweeteners contribute to weight gain, as they reduce the feeling of fullness after dinner and increase appetite. Due to the fact that they are 100 times or sweeter than sugar, they cause food addiction. The result is weight gain, obesity, and diabetes.

It is dangerous to drink water and eat crops that grow on soil with an excess of arsenic. Scientists are concerned, in particular, with rice, which absorbs this substance more strongly than other crops. At-risk are the populations of countries that traditionally consume a lot of rice.

Long-term exposure to arsenic in the body can lead to skin lesions, diabetes, cancer, and cardiovascular disease. To make your menu safer, you need to rinse the rice well with water before cooking - at the rate of 6 cups of water for one cup of rice.

Some toxins or substances present in our daily food can be extremely harmful, especially when consumed in large amounts frequently. We mentioned some of them in this article so you can be more concerned about them. Stay safe and healthy!

Previous ArticleGummies or Candies? What would you prefer for healthy hair?
Next Article Understanding The Health Effects Of Vitamins Based On Research