Unwanted pregnancy has increased dramatically over the past few years especially in the northern part of the country and this results in women seeking abortion in safe and unsafe conditions.

Reports have shown that most unplanned pregnancies end up being aborted in unsafe conditions which may lead to deaths and serious complications that may have an effect on the womb.

In this article, we would be looking at postinor-2 in particular, the effects of postinor-2 on the womb, when to use postinor 2 and when not to use it, how to use it, the dosage, and a lot more.

Postinor-2 is a popular emergency contraceptive also known as morning-after pills. It contains a common female hormone, levonorgestrel. This is used to prevent pregnancy by delaying or preventing ovulation, therefore preventing fertilization.

Levonorgestrel is the process of preventing the release of an egg from the ovary or preventing the fertilization of the egg by sperm. It is in the class of progestin.

What is Postinor-2 used for?

Basically, postinor-2 main function is to prevent pregnancy when taken within 72 hours (3 days) of unprotected intercourse.

It works by delaying the release of an egg during the menstrual cycle or by preventing the sperm from fertilizing the egg and changing the lining of the uterus (womb) to prevent the attachment of fertilized egg.

It should also be noted that postinor-2 is an emergency contraceptive and should not be used as a regular, long-term method of contraception.

This medication will not prevent you from contracting a sexually transmitted infection such as HIV, AIDS, etc. It also doesn't stop an exciting pregnancy. Those who are aspiring to use postinor-2 are advised to talk to their doctor and check their pregnancy status before concluding on using it.

When not to take postinor-2

Postinor-2 should not be taken if:

🔹You are already pregnant

🔹You have had unprotected sexual intercourse for more than 72 hours, as you may already be pregnant.

🔹You have breast cancer

🔹You’re allergic to ingredients in POSTINOR.

🔹You are experiencing vaginal bleeding and you are not aware of the reason.

🔹You have liver problems.

🔹Do not attempt to take pistonor-2 if it has exceeded the expiry date printed on the pack or if the pack is torn or shows signs of tampering.

Before you attempt to take postinor-2, make sure you to:

🔹Check if you are already pregnant

Note: you need to take the second tablet exactly 12 hours after the first tablet.

So you might need to be watchful of the time or you can also delay the first dose. However, it is recommended you take the first dose early for postinor-2 to work effectively.

Postinor-2 can be used at any time during the menstrual cycle unless the menstrual period is late. It is also important you have a follow-up with your doctor within 3 weeks after being used.

As the popular saying goes thus "prevention is better than cure". It is important you take caution when attempting to take any medications as some may not be suitable for you under certain conditions.

Talk to your doctor if you have any of this listed below:

Your next menstrual period might arrive on time. Although, there might be a slight difference— it can be early or late. If it is more than 1 week late, or it is unusually light, perform a pregnancy test.

It's also very important you do a follow-up with your doctor within 3 weeks of taking postinor-2.

If you do not experience a menstrual period after 3 weeks of taking Postinor-2, you might be pregnant. We recommend you consult your doctor.

How often can you take Postinor-2?

It's also important to note that postinor-2 has fewer side effects or health risks than abortion pills and hospital abortion.

What If you are pregnant?

Postinor-2 does not work if you are already pregnant. If you find out you are pregnant after taking postinor-2, do not take it again and also talk to your doctor for further clarification.

How do I know it has worked?

You will know it worked when you have your next period and it seems like a normal period.

Effects Of Postinor-2 On The Womb

Too much postinor-2 has been shown to have effects on the womb such as weakening the walls of the womb and can cause damage to the uterus. Which can later result in miscarriage in the future.

The sign that shows that there is a problem with the uterus is when bleeding occurs between periods or after six days. Causes can also include; fibroids, cancer, hormones, infection, thyroid problems, polyps, or pregnancy.

When to turn to your doctor?

Postinor-2 can be used to prevent pregnancy or unprotected sexual intercourse. This serves as a better alternative rather than going for abortion.

This article is intended to educate the general public about postinor-2 and those not standing in place of a doctor. So we recommend you consult your doctor for further clarification.

Thanks for reading through. I'm sure you love it. If you have any questions concerning this topic, do not hesitate to drop them in the comment section. Our team will answer them as soon as possible. Thank you!. 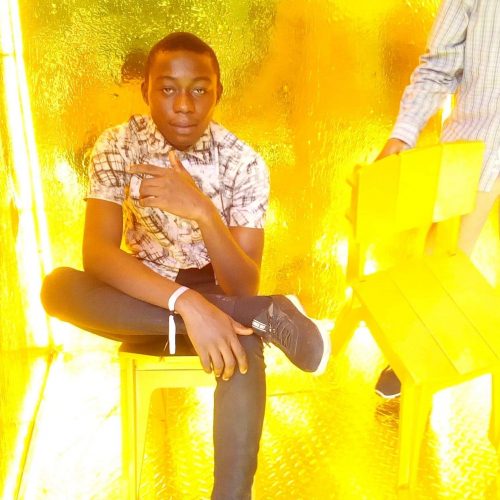 Sanni Muritadorhttps://www.healthsoothe.com/
Sanni Muritador is a content writer with years of experience. He started his writing career working for opera news. His hobbies include writing, reading, and playing tennis. I read anything and everything available so I know so many useful and useless things. Want to connect with Sanni Muritador? Reach out to him on Facebook @Muritador Sanni.
Previous articleHow Long Do Dental Veneers Last
Next articleFoot pain relief: 7 ways to eliminate soreness in feet

At What Age Your Child Must Visit An Orthodontist?

ORAL CANCER - GROWTHS & LESIONS. Are You At Risk?

How To Use Ginger To Unblock Fallopian Tube

Review: Home Doctor Practical Guide - The Ultimate Guide You Need When Medical Help is Not On The Way

5 Amazing Benefits Of Bath Salts And How to use

Can I Use Skineal For My Private Part? | Answered