Why Is Marijuana Used As A Medicinal Solution?

Back then, the term ‘marijuana’ has a negative connotation since it’s classified as a dangerous drug that has some mind-altering effects on the user. However, recently, users and researchers alike have found that marijuana may provide medicinal solutions.

Because of this, more than half of the states in America have already legalized marijuana for medical treatments, while more states and even countries have already written bills to do the same.

What is Medical Marijuana?

Marijuana for medicinal purposes, which is the same marijuana used for recreational purposes, utilize the compounds in the plant which are believed to help treat certain diseases or conditions. Even though it’s still not a fact that marijuana indeed cures various diseases or conditions, many pieces of evidence–both anecdotal and results of studies–are pointing that it’s true, resulting in a buzz in the field of medicine and law.

The marijuana plant contains more than a hundred different chemicals, which are referred to as cannabinoids. However, the main focus of studies revolving around the plant are THC (tetrahydrocannabinol) and CBD (cannabidiol) as both of them show promising results in various studies.

Why is Marijuana Used As A Medicinal Solution? 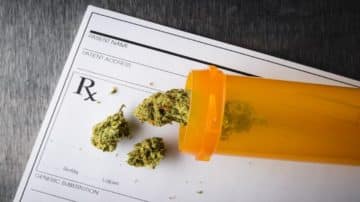 That being said, before finding the best cannabis seed banks so you can plant marijuana in the comfort of your home or purchasing marijuana at your local dispensary, here are some reasons why marijuana is used as a medicinal solution. This way, you’ll be aware of the possible benefits that the marijuana plant may bring.

The cannabinoids found in marijuana have shown promise in basic pain-related experiments. This is because the peripheral nerves that detect pain sensations contain copious cannabinoid receptors, which may block peripheral nerve pain.

This may be helpful when it comes to treating conditions that cause chronic pain, such as:

In the same way, the CBD in marijuana, when applied topically, may help reduce inflammation. Thus, in theory, this may be beneficial for inflammatory conditions like:

2. May Help With Neurological and Mental Disorders

As shown above, since the cannabinoids found in marijuana may affect various receptors in the brain, it may have beneficial effects on the following mental and neurological conditions:

However, it’s important to note that there’s no study yet that fully establishes the efficacy of marijuana in these conditions. Hence, it’s best if you seek the advice of a health professional before taking one.

A study showed that consuming a marijuana strain with a high level of THC may reduce the amount of REM sleep that the user will get. The idea is that if you’ve spent less time dreaming, which usually happens during REM sleep, you’ll spend more time in your ‘deep sleep’ cycle, which is the most restorative and restful part. Thus, the relaxing effects of marijuana may help with any sleep disorders you’re experiencing, such as insomnia.

However, do note that REM sleep is still important since it’s responsible for healthy cognitive and immune functioning. Hence, becoming dependent on marijuana may impair the quality of your sleep.

As shown above, marijuana shows promise when it comes to treating various medical conditions. However, do note that before taking marijuana for medicinal purposes, you may experience some side effects, such as bloodshot eyes, increased appetite, and dry mouth. Also, medical marijuana may also affect any other medications that you’re currently taking.

Thus, it’s best to consult with your doctor first and wait for their approval before you decide to incorporate marijuana in your health routine.

How to Cure Sleep Apnea Naturally at Home Without CPAP?

How to Get Rid of Hair Toxins?

Everything You Need to Know About Bridge Dentistry

All you need to know about your gum health

5 Healthcare Innovations that Will Define the Decade