A Basic Guide To Understanding Your Gut Microbiome

Recently, there are already many forms of diet and exercise that promote one’s overall health. Although having a good physique and mental health is crucial, it’s important to understand that the state of the human gut, specifically the bacteria living inside the body, is also a deciding factor when it comes to one’s mental and physical health.

That being said, here’s a basic guide to understanding the human gut microbiome.

What Is the Gut Microbiome?

The human gut has trillions of bacteria, fungi, and viruses collectively known as the microbiome.

Usually, when people hear of bacteria, fungi, and viruses, they often associate these with diseases. However, these tiny organisms also have a major effect on an individual’s overall health, such as the immune system, cardiovascular health, weight, gastrointestinal disorders, and more.

For instance, studies have shown that the gut microbiome may affect the heart’s health. This is because certain unhealthy species residing in the gut may contribute to heart disease by generating the chemical trimethylamine N-oxide (TMAO), which is a factor that contributes to blocked arteries, leading to stroke or heart attacks.

This is why it’s important to be updated on the state of one’s own gut microbiome. Fortunately, there are microbiome testing kits, such as My Psomagen, that informs you about the diversity of your gut microbiome.

Factors That Affect The Gut Microbiome

The gut’s microbiome can be affected by several intrinsic and extrinsic factors. These factors will determine the composition of the bacteria in one’s gut, ultimately affecting one’s health.

Here are some of those factors:

The reason for this is that infants born via vaginal delivery are already exposed to the mother’s bacteria during birth. This will influence the infant’s gut bacteria. In addition, it may also stimulate white blood cells and other important components of the infant’s immune system.

Furthermore, various pieces of evidence state that there’s a link between these diseases and one’s gut microbiome. That’s why dietary changes, particularly those that promote healthy bacteria, may lessen the chances of becoming obese and developing Type 2 diabetes.

How To Promote Health Gut Bacteria 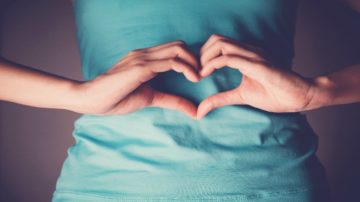 Probiotics are microorganisms that provide health benefits, such as weight loss, immune function, and good digestive health. This is done by improving or restoring the health of beneficial gut bacteria.

Since probiotics play an important role in gut bacteria health, it’s important to incorporate a high-quality probiotic supplement in one’s diet because it may be difficult to eat a sufficient amount of probiotic-rich foods daily.

Still, if possible, it’s always best to incorporate foods rich in probiotics in one’s diet, such as:

On the other hand, prebiotics are a type of dietary fiber that serves as food for the good bacteria in the gut. As a result, the bacteria could help colon cells by producing required nutrients, leading to a better digestive system.

Prebiotics can be found in:

Since the gut microbiome plays an important role in human health, like controlling digestion and providing benefits for the immune system, it’s important to maintain or improve its health. This can be done by consuming or incorporating food or supplements rich in both probiotics and prebiotics.

Fortunately, you’ll able to avoid the guesswork concerning the state of your gut and what class of bacteria dominates your microbiome by using testing kits, which are conveniently available online.

The A-Z of Cardiac Symptoms

Is Plastic Surgery Right for me

Porcelain Dental Veneers Sydney: What, Why, and How

Deaver retractor and their uses