What Is an Autoimmune Disease?

If you know anything about arthritis, psoriasis or diabetes, you probably know more than you thought about autoimmune diseases. Indeed, these are some of the most common examples of autoimmune disorders out there. But, of course, knowing a few common examples doesn’t tell the whole story. What is an autoimmune disease, exactly? What does it do to the body? Can anyone develop one? We know you’ve got questions and we’ve got answers! 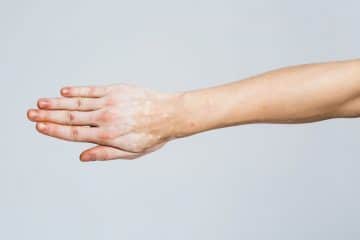 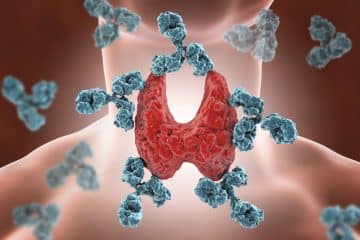 In this guide, we’re covering all the basics of this category of disease, from how they manifest in the body to some new ways of managing them.

What Are Autoimmune Diseases?

Autoimmune diseases occur when the immune system overreacts to a small or non-existent problem. For example, the system might mistake a healthy cell for what it perceives to be a dangerous invader, such as a bacteria or virus. As a response to these seemingly risky cells, the body unleashes an immune response to help get things back in check.

The problem is, this response isn’t actually necessary, which causes all sorts of problems in the body. These responses can cause issues with the joints, skin, blood vessels, connective tissues, pancreas, thyroid and more.

What does the immune response look like, you ask? It totally depends on the specific disease and how it mingles with the body. With that said, one of the most commonly shared symptoms of autoimmune diseases is inflammation and all its issues (pain, redness, swelling). Getting inflammation under control is often a huge part of a patient’s treatment plan when dealing with autoimmune disorders. Additionally, our body’s immune response may cause muscle aches and fatigue.

In addition to inflammation, the overproduction of collagen is another immune system response that often causes issues for sufferers. In a healthy immune system, collagen is deployed by the body to ward off joint pain and help rebuild healthy tissues. However, when that response is too active, it can cause issues. For example, when a person suffers from the autoimmune disease scleroderma, the immune system produces too much of the protein collagen, leading to symptoms such as thickening of the skin.

Unlike healthy immune responses, autoimmune diseases tend to be chronic and can linger for weeks, years and even a lifetime. Many autoimmune diseases can also come and go in waves, known as flare-ups. Certain things may trigger inflammation and other symptoms, causing bouts of discomfort that fluctuate throughout the day, week or year. At other times, sufferers may go into remission and experience no symptoms at all.

What Causes Autoimmune Diseases and What Are the Risk Factors?

Unfortunately, the medical community still isn’t entirely sure what causes autoimmune diseases. However, we do know that they are genetic and tend to run in families. So, if you have rheumatoid arthritis, there’s a higher chance that your child will have it too. However, there are some groups of people who are more likely to develop these kinds of disorders.

If you already have one autoimmune disease, you have a higher risk factor of developing another one. What’s more, people who are of a certain race or ethnicity may be at a greater risk of developing one of these diseases. For example, these diseases occur disproportionately in people of Hispanic, African American and Native American descent. The onset of this kind of disease varies widely based on the specific condition, but most people start seeing symptoms between the ages of 16 and 55 years old.

You might be shocked to find out that there are over 100 different autoimmune diseases. Each one responds to invaders in its own unique way. Here’s a list of some of the most common autoimmune disorders.

How an autoimmune disease is treated really depends on how it interacts with the immune system and how it wreaks havoc on the body. Often, treatment comes down to managing specific symptoms. For example, patients may use CBD oil to help address inflammation or fatigue or use hot and cold therapy to help with pain. Given that, corticosteroids are often used to help control inflammation and suppress the body’s immune response. It is important that patients develop a treatment plan according to their specific disease with the help of a physician.

Arming Yourself with Information

Dealing with an autoimmune disease of any sort can be scary, stressful and time-consuming. But attacking it head-on — armed with knowledge and the right treatment strategy — can help make life with this kind of disease a little bit easier to deal with.

6 Steps You’ll Want to Take as You Get Older

Why is it Essential to Keep Your Gums & Teeth Sparkling and Healthy?

What is Considered a Dental Emergency Case?

Heavy Metals and the Body: Effects, Testing, and More