According to medical research, there are types of worms diseases that can be found in the body. This worms varies by sizes, Symptoms, treatment, countries to countries and mode of contracting them.

These worms are harmful to the body if left untreated.

Where are these types of worms found or located in the body system?

This worm has varieties but similar characteristics.They all have the same size in length and causing the same general complaints.

They are found in Africa (Congo and North Africa), India, Bengal and Assam, British Guiana. The adult worms are found in a man. It is located at the liver, bladder, and lining of the intestine.

This types of worms are found all over the world.

This worm is found throughout the world but it can be found mainly in Brazil, the Far East, and Africa.

This worms gain entrance through the skin and found in the bloodstream, lungs, trachea, and intestines.

These worms are found in all part of the world. The male has different size and female have is own size too. It usually affects children and it is found in the intestine, appendix, and large bowel. 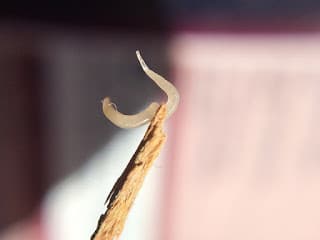 The hookworm is found in all tropical and subtropical countries. The female is larger than the male.

This is found in the bloodstream, lungs, trachea, and intestines and they leave in the blood. They can penetrate through the skin.

As the name implies they are found in China, Europe, Africa, Syria and united states of America. This is the smallest of the round-worms. The male is smaller in diameter than female. It is found in the small intestine and bloodstream

This is found all over the world. It so found in the temperate zone as well as in the tropical zone. The roundworm is the largest of all worms that infect the human body. The male measure about 15 to 25 cm, and the female about 25 to 40 cm in length. It is round and the body is very firm. It is found in the small intestine and goes down through the bloodstream and to the liver. Then they make their way down to the bronchi to the trachea and up to the throat.

This is found in the intestinal wall and find their way to the back of the abdomen behind the peritoneum.
The guinea worm is a very thin creature. The adult male measures 30mm in length and is 4mm thick. The female is from 6cm to 1 cm long and 1.5 to 1.7 mm thick.

What are Treatment and Symptoms of these types of worms Diseases?

Disclaimer: the drug mentioned in this article are for informational purposes only and the drugs may have been outdated or not in use anymore. If at all you want a drug for worms, consult your doctor or pharmacist.

Symptoms: Blood in the urine may occur (Haematuria) this is usually painless, also coughing of blood (hemoptysis), diarrhea, enlarged liver, and spleen.

Treatment: Using Quinacrine is very effective. How to use this is that two tablets are given at ten minutes interval until ten are given. A little sodium bicarbonate can also be given to subdue any tendency to vomit.

Symptoms: When these types of worms enter the skin, the organism causes itching. It also causes lungs haemorrhage. Diarrhoea may occur.

Treatment: The most effective drugs are dithiazanine, but it may cause vomiting. Antihistamines are also essential to minimize reactions but should be given under the supervision of a qualified doctor.

Symptoms: itching is the main symptoms of these types of worms.

Treatment: Hexylresorcinol tablets are the most popular drugs given.

Symptoms:  it causes itching too. It is commonly called ground itch. Some disappear without treatment within the very few days .

Treatment: piperazine citrate. These medicines are the safest to use. Several other drugs may also be used with care. The dosage will be found printed on the container.
Symptoms: The patient may suffer distress in the intestines. Also, it may cause muscle pain, severe toxicity and even death.
Treatment: It is very difficult to treat the worms, for they become embedded in the wall of the intestine. The usual medications for worms should be used.
It should be treated early so that the worm we die after using the drug. However, there is no known successful treatment for the larvae after they leave the intestines and enter the muscle.

Symptoms: When these types of worms are in the lungs, particular if they are in great numbers, they may produce symptoms like pneumonia.

They may give off toxins that may give rise to fever. Another important symptom is vomiting without any physical causes.
However, allergic-like itching, conjunctivitis, and bronchitis may be seen.
Treatment: Thebest drug is by given piperazine. This drug varies by size, so, therefore, it is recommended to follow the instructions printed on the package unless your doctor state otherwise.

A toxic effect is produced from the fluids given off by the female at the time of discharges the embryos. Usually, there is a blister formed and secondary infections result from her penetrating the skin.

Treatment:
I can find a specific treatment for these types of worms. Hetrazan may be used in case of one is suspicious of drinking contaminated water. It will destroy the worms as long as they are in the bloodstream.
Prevention Is the best guarantee against guinea worms.
Prevention: Make sure of pure drinking water. Also, Always boil water before using it for drinking purposes.

Fixodent and Other Denture adhesives: Do you need them?

Is It Right to Use Tothema for Weight Gain?

How to Prepare Well For an NDIS Audit

Problems with the Keto Diet