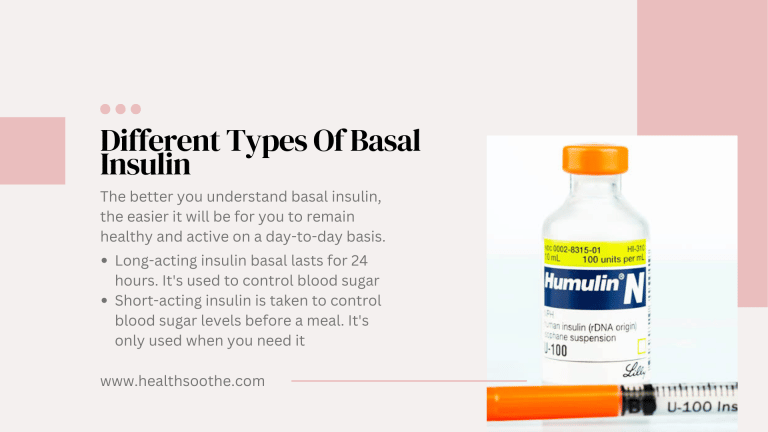 Basal insulin is the most important hormone you need to know about if your doctor has told you that you have a form of diabetes. In fact, it's the main hormone responsible for keeping blood sugar levels stable, which is why it's so important to understand how it works — the better you understand basal insulin, the easier it will be for you to remain healthy and active on a day-to-day basis.

Long-acting insulin basal lasts for 24 hours. It's used to control blood sugar levels overnight, but only if you take it once per day. If you need it before bedtime, you can take a long-acting basal insulin shot in the evening and then follow up with any combination of fast-acting or short-acting insulins throughout the rest of your day.

Long-acting basal insulins are administered via injection under the skin using a syringe (which is different from an insulin pump). They can also be taken as a prefilled pen or pump.

Short-acting insulin is taken to control blood sugar levels before a meal. It's only used when you need it, usually just once or twice a day. According to the professionals at Tandem Diabetes, “This type of insulin works quickly—the effects can be felt within 30 minutes after injection.”

Short-acting insulin is usually taken 10 to 30 minutes before eating, depending on the type of food you're eating and how much time is left until your meal. You'll likely take another dose about an hour later if this type of insulin isn't enough for your needs (for example, if you still have high blood sugar levels after eating).

The ultra-long-acting insulin analogs (insulin glargine and insulin detemir) are the most common basal insulins for people with type 2 diabetes. They are long-lasting, meaning they can last 24 hours or longer. If you take these once a day, your blood sugar will stay more stable throughout the day and into the next morning.

One downside to these insulins is that they may cause hypoglycemia in the evening if you don't eat enough food before bedtime or have a low blood sugar reaction after eating something with carbohydrates in it before bedtime.

The basal insulin type is the one that controls glucose levels when there are no carbohydrates in your diet. When you eat a meal, both insulin types work together to control blood sugars. However, if you have diabetes and take only one type of insulin, it's important to understand which one works best for your needs.