You must have heard of the statement that there is almost no good Nigerian food for ulcer patients. Well, that is a lie from the pit of hell. Being an ulcer [patient doesn’t mean you cannot enjoy most Nigerian foods; it only requires that you be watchful of what you eat and be sure to know what goes into cooking them.

Food choices like Vegetables and fruits that are colourful, corn pudding, okra, fish, egg, honey, yoghurt, are all examples of Nigerian foods for ulcer patients because they do not irritate the lining of the small intestine, instead, they fight the causative agent and bring calmness to the inflammation.

You will understand what is behind the occurrence of ulcer, the types of ulcer there are, how to manage and heal from ulcers, and Nigerian foods that you can eat as an ulcer patient.

Ulcer, also called Peptic Ulcer is a deviation from the normal state of health in the digestive tract, small intestine to be exact, that is characterized by open sores that have developed on the lining of the small intestine or duodenum due to the action of a bacterium or prolonged use of certain medications.

Ulcers are a leading cause of discomfort for those who experience it. For some people, the symptoms may be mild while in others it is severe and mostly needs emergency medical attention.

It has been a common saying among some Nigerians that it is almost impossible to find Nigerian foods for ulcer patients. Before we go into the thick of that, let’s find out what the causes and symptoms of ulcer are.

Contrary to the popular belief that spicy foods are the cause of ulcer, they are caused by one of two things. 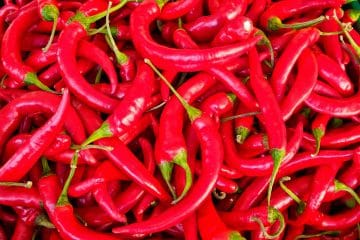 Non-Steroidal Anti-inflammatory Drugs (NSAIDs) are medications, such as Aspirin, that are used majorly to suppress pain. Other medications which might be prescribed or available over the counter, like Ibuprofen, also cause ulcer.

Every disorder comes with signs. The most common symptoms of ulcer include:

In more severe cases, the symptoms include:

It is important to note that some ulcer patients may not show symptoms. Here is a full guide on ulcer symptoms

Although ulcer is a serious intestinal condition, it can be managed and healed. One of the ways to managing ulcer and starting the journey towards healing is to avoid certain foods that may make the pain worse. Generally, foods that are spicy, that is they contain a lot of pepper, fatty foods, and milk should be avoided as they require more digestive acid secretion in order to be broken down.

Also, avoid smoking and taking alcohol as the former could trigger the bacterium in the intestinal lining and the latter could irritate the mucous lining of the stomach, causing secretion of the digestive acid.

Nigerian Foods to Avoid as an Ulcer Patient

A particular tribe in Nigeria, the one i belong to, is known for consuming a lot of hot pepper. We believe this helps to avoid nausea,and shows that you have good digestive strength. However, as someone dealing with ulcer, you should not follow in this path.

Spicy foods, that is any food ranging from stews, porridge, and many more that has more spice than your tongue can handle, or people are complaining about, should be avoided. Other foods that cause the stomach to produce more digestive acids such as Coffee and drinks that contain caffeine, chocolate, high fat foods such as fried foods, and citrus.

My fellow Nigerian and certain people think that too much Nigerian spicy food cause ulcer. That’s just a myth. We’ve forgotten that most of the soreness in the stomach is caused by bacteria called Helicobacter pylori (H. pylori) and the pain happens as a result of too much aspirin, ibuprofen, or naproxen medications.

Food with lots of heat or smoked may trigger it and make it worse for certain individuals, but they don’t cause them. You may try to reduce Nigerian spicy foods if you have ulcers.

Here are the foods you can reduce or eliminate from your diet if you have ulcers:

In addition, you may want to avoid food that is too hard and has too much pepper such as suya and Kilishi . Go for soft food that is gentle to the stomach.

Nigerian Foods for Ulcer Patients; Which ones are Good?

Despite the unfounded popular statement, there are Nigerian foods for ulcer patients. These foods have been carefully selected and known not to cause any issue for individuals who have ulcer. Whether you are Nigerian, or you live in Nigeria, you can be certain that you will have no stomach pain or severe heartburn episode when you consume these foods.

These Nigerian foods for ulcer patients are selected because they either have anti-inflammatory properties, low in fats, rich in beta-carotene, contain omega-3 fatty acids, or have anti-bacterial properties. Some of them combine more than two of these properties.

Vegetables are the kings of the table. They are the group of foods that fit into the lifestyle of everybody. As one of the Nigerian foods for ulcer patients, they are excellent sources of vitamins A, B, C, E, and k, and minerals such as zinc, potassium, magnesium, manganese, iron and calcium, some of which have been known to soothe stomach pain.

Garden egg, a vegetable quite common in Nigeria contains beta-carotene and is rich in fiber. The beta-carotene helps to provide a protective lining for the small intestine walls.

Okra, another common vegetable, is high in dietary fiber and helps to neutralize the burning effect of the digestive acid, consequently aiding in the healing of peptic ulcer.

Generally, vegetables are excellent Nigerian foods for ulcer patients. However, they should be prepared with as little spice as possible.

Fish containing omega-3 fatty acid is an excellent Nigerian food for ulcer patients. It is preferable that fishes like mackerel, herring, salmon, and sardines are consumed due to their high omega-3 fatty acids that produce prostaglandins, an important help in protecting the small intestine lining from attack by the digestive acid.

Eggs are also good sources of proteins and a host of minerals. However, fried eggs should be avoided at all cost. Instead, soft-boil the eggs and provide the body with the much needed protein needed to rebuild the mucous lining.

Greek yoghurt is especially remarkable in inhibiting the growth and action of bacteria. This is why it is a great Nigerian food for ulcer patients. H. pylori is a bacterium that lives in the mucous of the small intestine lining. Consistent consumption of Greek yoghurt will inhibit the growth of the bacterium and consequently reduce the inflammation gradually.

Only Greek yoghurt should be eaten though, avoid sweetened yoghurts as they will do more harm.

Unripe plantain is popular is a rich source of iron, potassium, calcium, and phosphorus with healthy amount of starch. It has been a choice food among individuals who seek to be healthier and it is a remarkable Nigerian food for ulcer patients due to antibacterial properties that help fight again H. pylori. It also has soothing effect on the inflammation on the intestine lining.

It can be boiled, pounded, mashed and eaten with vegetables. However, avoid eating fried plantain.

Moi moi is a derivative of beans and unlike beans, it doesn’t cause heartburn or acid reflux. Moi moi is pureed beans and goes easy on the stomach as it is easily digestible and contains good amount of protein. To make it pass as one of the best Nigerian foods for ulcer patients, avoid adding excessive spices while cooking it.

Corn pudding, popularly called pap, is made from fermented and ground corn. It is the foremost food served to any individual that has any medical condition. It is easy on the stomach and can be paired with moi moi. It is light and takes little or no effort to digest. It is indeed a good Nigerian food for ulcer patients.

Might not be classified as food but it is an excellent choice of consumption for ulcer patients. It has an incredible soothing effect on the inflamed intestine lining and also has antibacterial properties that makes it capable of putting the bacterium, H. pylori under control. It can be eaten raw and as a condiment while eating crackers.

Honey is one of my best Nigerian foods for ulcer patients.

Ulcer is an intestinal condition that is not caused by stress or spicy foods, but by a bacterium or the prolonged use of medications such as Ibuprofen and aspirin. It is unwise to consume spicy food when the intestine lining has developed a sore. Instead, consume foods that soothe the sore and does not irritate the lining.

As an ulcer patient, ensure you eat timely and avoid spicy foods so as to hasten your healing process by not aggravating the sore in your intestine lining or the upper part of your stomach (duodenum).

Ayomide
Ayomide is a fiction and non-fiction writer. A lover of science and everything mysterious that surrounds it, he seeks out new information to keep his interest alive.
Previous article12 Nigerian Foods with High Calories
Next article12 Best Fiber Foods in Nigeria

The Many Roles of an Oncology Nurse

How Guinea Corn Can Be Used To make Pap

SEMOVITA: HEALTH BENEFITS AND SIDE EFFECTS

CLASSES OF FOOD AND THEIR FUNCTIONS

7 Secrets That Will Help You In Becoming Mentally Stronger

The Importance of Regular COVID-19 Testing in the Workplace