The Stages of Pancreatic Cancer 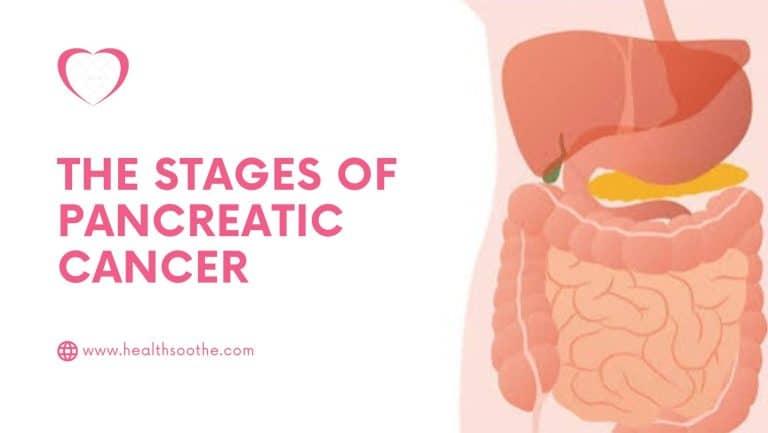 Receiving a diagnosis of pancreatic cancer isn’t something anyone is looking forward to. But it’s important to consider what stage the cancer is in. This helps to determine what kind of treatment options will work, whether it’s spread to other areas of the body, and what the outcomes might be. So what are the stages of pancreatic cancer and what can be done to prepare for them?

How The Stage Is Determined

There are roughly five stages of pancreatic cancer. There is stage 0, which is carcinoma; then the stages range from 1 to 4. The lower the number, the less the cancer has spread. The higher the number, the more aggressive the treatment options tend to be, especially if you’re looking for a good hospice house.

The stages of pancreatic cancer are based on 3 pieces of information:

Usually, a tissue sample is removed to determine the answers to these three questions. Once tested, then a TNM ranking is given; T stands for the size and extent of the main tumor, N is the number of nearby lymph nodes that have been affected, and M is whether the cancer has metastasized.

The cancer is confined to the top layers of the pancreatic duct and the deeper tissues have not been invaded. It hasn’t spread outside of the pancreas, the lymph nodes, or to distant sites

The cancer remains within the pancreas and is no bigger than 2 cm across. It hasn’t spread to the nearby lymph nodes or other organs.

The cancer remains within the pancreas and is between 2 cm and 4 cm. It hasn’t spread to the nearby lymph nodes or other organs.

The cancer remains within the pancreas and is bigger than 4 cm. It hasn’t spread to the nearby lymph nodes or other organs.

Stage 2B cancer has a variety of other stages that vary in size. What makes stage 2B different is that it has not spread to other organs but has spread to no more than 3 lymph nodes.

Stage 3 pancreatic cancer is mostly confined to the pancreas and can range from 2 cm to being bigger than 4 cm. It has not spread to other sites but it has spread to 4 or more lymph nodes.

One type of stage 3 cancer has the cancer growing outside of the pancreas and into nearby blood vessels. It has not spread to distant sites but it may or may not have spread to any lymph nodes.

Stage 4 is where the cancer has spread to other organs and sites. It can be any size and it may or may not have spread to the nearby lymph nodes.

Some of these stages of cancer can be surgically operated on, while there are others that cannot be removed entirely through surgery. Knowing what these stages are can help you to make an informed decision in the future, should you ever be diagnosed with pancreatic cancer.

Previous ArticleTop 13 Steps to Get Rid of Your Yellow Teeth
Next Article Safe Travel to Thailand: Health, Insurance, Medicines, Food