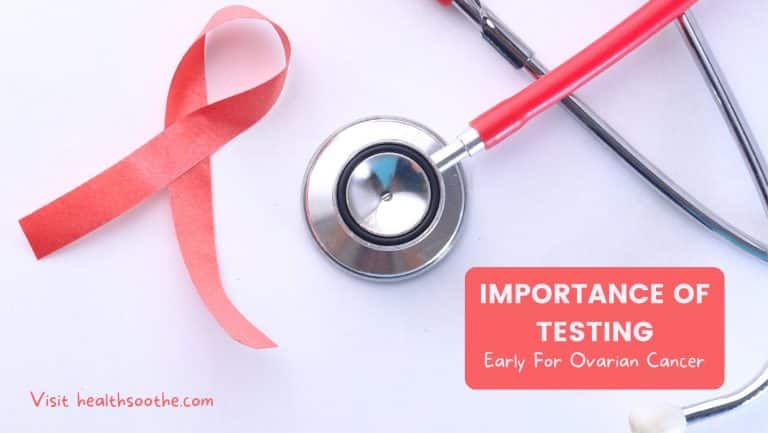 According to the American Cancer Society 1https://www.cancer.org/cancer/ovarian-cancer/about/key-statistics.html , ovarian cancer is the fifth highest cause of disease in women, accounting for more fatalities than any other cancer of the female reproductive system.

In this article show
Why is early detection essential?
Genetic testing at JScreen for hereditary ovarian cancer
How JScreen works
Get affordable testing at Jscreen.
Additional resources and citations

Ovarian cancer, which affects up to 250,000 women each year, is a quiet illness because most women do not notice symptoms until it is advanced. However, if detected early and before the cancer progresses, 90% of women can be healed. Advanced-stage ovarian cancer, in which the illness has gone beyond the ovaries, is more difficult to cure, and patient survival chances are lower.

While ovarian cancer is not as common as other types of cancer in women, a lack of early detection and prevention methods is a key cause of poor patient outcomes.

Knowing one's family history and obtaining genetic testing to find abnormalities in genes such as BRCA1 and BRCA2 are two ways for individuals to detect this cancer risk early. However, because most patients with ovarian cancer have no family history or inherited genetic risk, there is an urgent need to develop earlier detection technologies.

Why is early detection essential?

New information about how BRCA1 and BRCA2 gene mutations contribute to ovarian cancer risk and response to therapy is helping women and their doctors make practical decisions about prevention and treatment.

With new treatments available, we must ensure cancer genetic testing is accessible.

Clinical trials have demonstrated that women with BRCA-related ovarian cancers benefit from including PARP inhibitors as part of their treatments. This has significantly changed how we approach genetic testing in relation to ovarian cancer.

With the emergence of targeted treatments like PARP inhibitors, which target cancers that rely on the PARP enzyme to repair damaged DNA, it becomes essential to determine a patient's BRCA status at the time of their diagnosis.

BRCA status helps determine which patients would benefit from PARP inhibitor treatment. These individualized treatments reinforce the importance of knowing the BRCA status of all women with ovarian cancer.

Detecting ovarian cancer early could have an enormous impact on the cure rate. Only about 20% of ovarian cancers are found at an early stage because symptoms often go undetected. When ovarian cancer is detected early, through measures like genetic screening, about 94% of patients live longer than five years after diagnosis. Early detection truly saves lives.

Before undergoing genetic testing for hereditary ovarian cancer, you should get genetic counseling to assess whether you and your family are likely to have a mutation that warrants testing.

While genetic testing has continued to improve the care and treatment of patients with ovarian cancer, it is also a vital tool for cancer prevention. “Making cancer genetic testing accessible is key,” said Jane Lowe Meisel, MD, Associate Professor of Hematology and Medical Oncology at Emory University School of Medicine and medical director for JScreen’s cancer program. "This testing is necessary because it alerts people to their risks before they get cancer.

For patients who are found to have mutations in the BRCA1 or BRCA2 gene, for example, they can consider prophylactic removal of the ovaries and fallopian tubes once they have completed childbearing, which reduces their risk of ovarian cancer significantly,” she adds.

JScreen recently added CancerGEN to its testing portfolio, providing nationwide access to cancer genetic screening that is more affordable and accessible than ever.

With an understanding and awareness of their cancer risks and available options, people can work with their health-care providers on the next steps," said Karen Arnovitz Grinzaid, MS, CGC, Assistant Professor of Human Genetics at Emory University School of Medicine, and JScreen’s Executive Director. “With ovarian cancer, genetic testing can truly be a game-changer,” adds Grinzaid.

Getting tested through JScreen is easy. All you need to do to receive your simple at-home test kit is sign up online, provide a saliva sample and use pre-paid postage to mail it in.

Get affordable testing at Jscreen.

The proof of JScreen’s passion for saving lives is in the incredible stories, the people who can now take action to avoid a cancer diagnosis, and the healthy babies born. As the JScreen team likes to say – "we are a small team with a huge footprint."

Previous ArticleIs HCG Safe? HCG Safety Guidelines & Considerations
Next Article The Roles and Duties of Hospitalists in the Healthcare System