Understanding the Differences Between Gestational vs Traditional Surrogacy 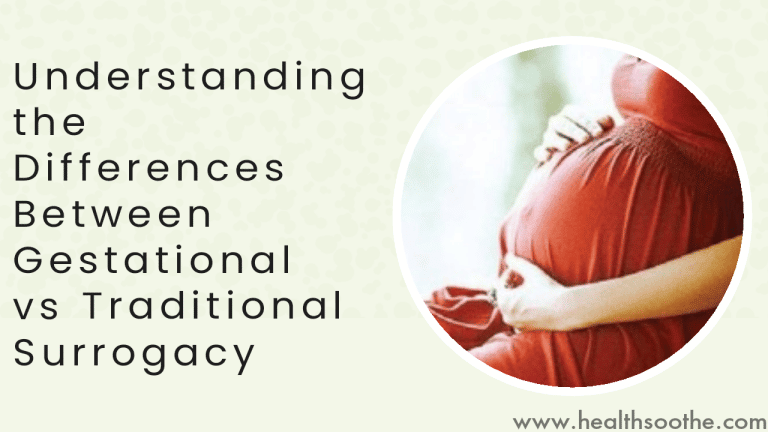 One of the initial choice intended parents and prospective surrogates must make when considering surrogacy is the type of surrogacy they want to pursue.

In this blog post, we will explore the difference between gestational and traditional surrogacy in details so that you can make an informed decision about which type is right for you.

Surrogacy is an arrangement in which a woman (the surrogate mother) carries and delivers a baby for another couple or person. The surrogate may be either related to the commissioning parents (traditional surrogacy), or she may have no genetic connection to the child (gestational surrogacy).

Both traditional and gestational surrogacies are legal in most countries, though there are variations in the legal requirements and restrictions that may apply. In general, surrogacy arrangements must be entered into willingly and with the full understanding of all parties involved. The surrogate mother must also be medically fit to carry a pregnancy and give birth.

As stated earlier on, there are two main types of surrogacy: traditional surrogacy and gestational surrogacy. We'll go over it in details in the following paragraphs.

What is Gestational Surrogacy?

Gestational surrogacy involves in vitro fertilization (IVF), where an embryo created using the eggs of the commissioning mother (or a donor) and the sperm of the commissioning father (or a donor) is implanted into the surrogate mother's womb. The child will therefore be genetically related to at least one parent, but not necessarily both. This type of surrogacy is sometimes referred to as "host" or "partial" surrogacy.

What is Traditional Surrogacy

Traditional surrogacy involves artificial insemination of the surrogate mother using the father's sperm through a process known as intrauterine insemination (IUI). This type of surrogacy is also known as full surrogacy or genetic surrogacy.

With traditional surrogacy, there is a genetic connection between the surrogate and the child; half of the child's DNA will come from the surrogate. The child will therefore be genetically related to both the surrogate mother and the father. In some cases, donor sperm may be used instead of the father's sperm.

Differences Between Gestational vs Traditional Surrogacy

If you’re considering surrogacy to build your family, you may be wondering what the difference is between gestational surrogacy vs traditional surrogacy. Both methods have their own benefits and drawbacks, so it’s important to understand the distinction before making a decision.

The medical procedures of IVF (gestational surrogacy) and IUI (traditional surrogacy) are very different. In general, IUI is a simpler procedure that necessitates fewer fertility treatments for the surrogate. In addition, because their eggs will not be used to create the embryo, intended mothers will not need to take fertility medications or go through the egg retrieval process.

Traditional surrogacy is more emotionally and legally hazardous than gestational surrogacy. In traditional surrogacy, the surrogate is the biological mother of the child, so she is more likely to emotionally attached with the baby, making it more difficult to hand the baby over to the intended parents. Furthermore, because she has parental rights to the baby, she has the legal right to challenge the surrogacy arrangement in court, which could result in a lengthy and costly legal battle for everyone involved.

Which type of surrogacy is right for you?

Let's take a quick recap from the beginning of the article. When it comes to surrogacy, there are two main types: gestational and traditional. Both have their own benefits and drawbacks, so it’s important to understand the difference between the two before making a decision.

Gestational surrogacy is when the surrogate mother has no genetic connection to the child. This is done through in-vitro fertilization (IVF), where the egg and sperm are combined outside of the body, and then implanted into the surrogate. This type of surrogacy is often chosen by same-sex couples or couples who have had trouble conceiving on their own.

As you can see, there are some key differences between gestational and traditional surrogacy. If you are considering hiring a surrogate, it is important to understand these differences so that you can make the best decision for yourself and your family. We hope this article has helped to clear up any confusion and given you some food for thought. Thank you for reading!

Traditional vs Gestational Surrogacy
Previous ArticleIVF Surrogacy: What Is It and How Does It Work?
Next Article The Anatomy (Structure) and Physiology (Function) of the Linea Alba