7 Most Common Blunders of Doctors That You Must Know 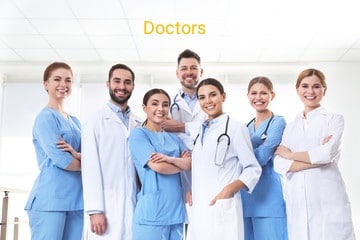 Healthcare facilities around the world have evolved tremendously due to rapid advances in the fields of computing and technology. Moreover, people have access to a tremendous amount of information, even about something as fundamental as choosing the best medical professionals so that they can contact competent medical services like Treasure Valley Family Medicine.

But, even though this information is accessible, people are not accessing it comprehensively. As a result, the number of medical malpractice incidents has been increasing at a rapid rate. Moreover, it is reported that a humongous cost is associated with such incidents. Therefore, we have talked here about the seven most common blunders doctors make so that you can be on your toes and undertake some prevention measures.

Misdiagnosis is a part of modern medicine because many complicated diseases are hard to identify as they have confusing symptoms. But, it has become a norm for even the most common diseases like heart failures, pneumonia, and cancer, which is an incredibly alarming situation.

Various studies have reported that around 15 per cent of medical conditions are wrongfully diagnosed at first. Therefore, do not be a passive participant in the hospital and use the information available on the internet to have a healthy discussion with your doctor so that he gives you a well-thought-out diagnosis.

2. Errors in Medication’s choice or dosage:

It is reported that around 1.5 million Americans suffer from medication errors every year, and such errors occur in many ways. For example, a doctor can prescribe a wrong medicine or an incorrect dosage of medicine, or a nurse may end up administering the wrong dosage, or the pharmacist may end up disbursing the wrong drug. In all the cases mentioned above, the repercussions on the patients can be life-threatening.

It may sound ridiculous, but medical professionals have been found culprits in mixing up patients with similar names. Moreover, these botch ups are not only limited to medication errors, as there have been incidents where doctors performed surgeries on the wrong patients and got sued.

Even though doctors mark the surgery sites beforehand, they still end up performing wrong-site operations on patients which expose them and the administration to medical malpractice lawsuits.

Some doctors so want to treat their patients quickly that they end up prescribing procedures, tests, and medicines that are not needed. As a result, patients are exposed to unnecessary risks and side effects of these tests and medications. Therefore, be curious about the procedures that your doctor recommends so that he gives his chosen line of action a second thought.

6. Leaving Urinary Catheters in for too long:

According to the data released by the CDC, the most common infection patients get during their hospital stay is the UTI (Urinary Tract Infection), and most of the time, it happens due to the negligence by the hospital staff who leave it in for too long. UTIs are not a cause of concern because they can easily be treated, but if left untreated, they can cause severe kidney damage.

Complicated medical conditions may require consultations from doctors of different medical expertise. But, it becomes a life-threatening issue when these doctors do not coordinate with each other, and patients end up getting mistreated due to the lack of exchanged information.

Signs That Your Job Is Harming Your Health

What’s behind the use of the mask as an effective measure to combat COVID-19?