Although the quest to boost sperm count is not limited to Nigeria, it is of great concern in Nigeria, where the traditional norm points to the woman as the culprit behind infertility. In many cases, the woman has no fertility issue while the man may have a low sperm count, preventing the successful fertilization of a woman’s mature egg.

There are numerous reasons for a low sperm count and they are majorly attached to lifestyle. To increase sperm count, changing some of the aspects of a lifestyle that influences the sperm count of male fertility generally, is necessary. You may have to give up smoking or increase your intake of certain foods. Also, there are traditional means of increasing sperm count.

In this article, we will discuss the various ways you can boost sperm count while helping you improve your overall health. Also, we will look at the causes of low sperm count and help you know the recommended sperm count at which a man is said to have no fertility issue arising from the number of sperm in his semen. 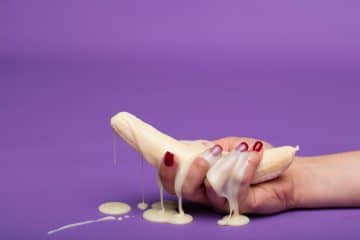 Low sperm count can be caused by various factors. They include:

Lifestyle, in association with sperm count, refers to the things an individual does regularly and may have a detrimental effect on the quality and number of the sperm. It has been established that sperm count and quality are adversely affected by smoking and excessive alcohol drinking. This is because it affects spermatogenesis – the production of sperm cells.

Spermatogenesis is dictated by the presence of the male primary sex hormone, testosterone, and some minerals. Smoking and excessive alcohol consumption reduce the amount of testosterone the human body produces. Consequently, the number of sperm the testes produce reduce.

Some medications may inhibit the optimum production of testosterone, and by extension, sperm cells. This may lead to low sperm count and fertility issues. These medications are mostly inhibitors and can be discontinued based on a doctor’s advice.

A high-fat diet is one of the causes of low sperm count. Diets that contain more saturated fat than other healthy fats. Also, a diet that is devoid of antioxidants, vitamin D, zinc, and calcium, may lead to low sperm count.

While there are men who still have healthy sperm at old age, there are others whose sperm cells are low in number and quality. This is mostly due to the reduced testosterone production in the body as one age. Usually, a marked decrease in testosterone is noticeable in men that are 40 years and above.

How to Boost Sperm Count

To correct low sperm count or boost sperm count, one needs to make a conscious effort towards it. Usually, a test to determine your sperm count has to be done first. If it is low, that is, below 15 million sperms in a milliliter of semen, you can follow these options to boost your sperm count.

Sperm production and quality are largely dependent on the nutrient your body has access to. It is, therefore, necessary that you supply the right and adequate amount of nutrients to your body to boost sperm count. While there may be some minerals such as zinc and folate in your diet, you may have to increase their intake.

Nutrients such as vitamin D, zinc, folate, vitamin C, and calcium are important in determining the quality and number of sperm in a semen load. Therefore, eat more Nigerian foods rich in calcium and other minerals and vitamins.

Quit smoking and Excessive Alcohol and Other drugs use

Smoking is detrimental to sperm quality, according to some researches. Moderate to high smokers have been recorded to have low sperm count and quality. Also, the use of drugs and alcohol, excessively, has been linked to low sperm production.

Although there are researches that negate these findings, it is better to quit smoking and illicit use of drugs and alcohol to boost sperm count.

Stress and the availability of oxidants in the body may lead to reduced production of sperm. Stress is one of the leading causes of overweight and obesity issues in the world. it causes the cells to reduce in functionality, spermatogenesis cells inclusive. To reduce stress and remove oxidants from the body, get adequate sleep and consume foods rich in antioxidants, such as vitamin C.

Limit the intake of estrogen-rich foods

A reduced testosterone level or effectiveness means lower sperm production and count. Foods that are estrogen-rich include Soybean and its derivatives, and some canned foods.

Herbal medication has been used to treat male infertility for a long time. One of the most common herbal prescriptions in traditional medicine is Ashwagandha. It has been subjected to numerous research and results suggest that it boosts sperm count by about 167% in one of such researches.

Other herbal medications that may treat low sperm count and boost the numbers include ginseng, fenugreek, and Tribulus terrestris, among others.

Certain medications, such as anti-androgens, antidepressants, antibiotics, and anti-psychotics, may inhibit sperm production. To boost sperm count if you’re on any of these medications, you may have to stop taking them.

However, inform your doctor before you do so. There may be other medication options for you.

Low sperm count is a serious male infertility issue that is usually swept under the rug in Nigeria to pamper the man’s ego. This issue must be treated and we should help men boost sperm count. Follow the pointers given in this article, and be on your way to having over 15 million sperms in one milliliter of semen load.

Ayomide
Ayomide is a fiction and non-fiction writer. A lover of science and everything mysterious that surrounds it, he seeks out new information to keep his interest alive.
Previous article7 Nigerian Foods Rich in Calcium
Next article5 Healthcare Innovations that Will Define the Decade

Crystals for Beginners: What You Need to Know About Them

How Can You Get Trichomoniasis if No One Cheats?

Is it Safe if you Take Two ExtenZe Pills a Day?

How to Wear a Pimple Patch with Makeup