Ideally, a pharmacy in Nigeria should be headed by a pharmacist. This is now becoming the case as big pharmacy stores have begun to pop up in strategic places every where you look. Before now, we used to purchase medications in stores we call “chemists” attended by personnel that have little or no formal education in drug dispensation.

Pharmacy in Nigeria has now begun to gain popularity and it is common practice for Nigerians who go to purchase prescribed medications to ask of the pharmacist-on-ground’s opinion concerning the use of the drugs they wish to buy.

To become a Pharmacist, you must have gone through a formal academic training in the university. This training helps you to link medical sciences with chemistry and equips you with the knowledge you need produce, discover, control the use and ensure safe and effective medication and drugs use.

You will know how different constituents of a drug works, how it affects the body, and at what dosage it becomes lethal. Which two drugs cannot be used together due to ingredient interaction and what side effects are attached to the use of any drug? 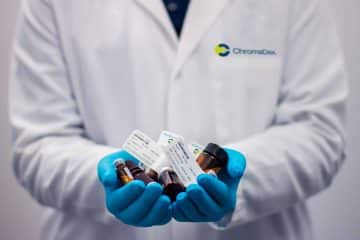 In this article, you will find out how you can go about becoming a pharmacist in Nigeria, the best universities where you can study Pharmacy in Nigeria, how long it will take you to become a pharmacist, and what is required of you academically to be accepted into one of the listed universities.

In determining the best university you can attend to study pharmacy in Nigeria, it is important to know that not all universities in Nigeria award the same degree to candidates who successfully complete their requirements to be awarded certificates as professional pharmacists. Few universities, three to be precise, award Doctor of Pharmacy Degree while others give successful candidates Bachelor of Pharmacy Degree.

Bayero University is one of the few universities in Nigeria that award its students with Doctor of Pharmacy degree after five years of study and a year of internship programme. It should, therefore, be one of the universities you should consider if you want to study Pharmacy in Nigeria..

The Faculty is made up of seven departments, some of which are Pharmacology and Toxicology, Pharmaceutics, Clinical Pharmacy and Pharmacy Management and Pharmaceutical and Medicinal Chemistry, to mention a few.

With a Centre for Drug Research and Production, established in 1987, the University of Nigeria is well poised to provide practical and scientific pharmaceutical knowledge to its students.

If you’re looking for a university that will tally with your vision as a prospective pharmacy student, you should check out University of Ibadan’s mission to produce pharmacists and pharmaceutical scientists that can provide qualitative medicine and patient-oriented pharmaceutical care through collaborative effort.

With over thirty years in producing pharmacist and pharmaceutical scientists, University of Ibadan has what it takes as a university to study pharmacy in Nigeria, to give you the strongest foundation you need to become the best pharmacist you can be.

The Faculty of Pharmacy, University of Benin was established in 1970 even though it was then a department of Pharmacy and Pharmacology under the Faculty of Medicine and Pharmacy. It became a Faculty in 1981 but was reverted to being a School in the College of Medical Science in 1998.

However, by 1991, on the advice of the National Universities Commission, the School of Pharmacy regained its status as a Faculty but this time as a part of the College of Health Sciences but later became an independent faculty in the university.

The Faculty of Pharmacy, University of Ibadan, is one of the few universities in Nigeria that award its students with a Doctor of Pharmacy degree. another reason it should be on your list of Universities to Study Pharmacy in Nigeria.

It, however, became a Faculty, with four departments; Pharmacology, Pharmaceutics, Pharmaceutical Chemistry, and Pharmacognosy, in 1969.

The university is known to be one for researches and to support this in the Faculty of Pharmacy, it has an autonomous department that handles drug related researches and production; Drug Research and Production Unit.

It offers both undergraduate and postgraduate courses in pharmacy to students.

In 1968, the Faculty of Pharmaceutical Sciences in Ahmadu Bello University was established but then, it was only a department under the Faculty of Science. The history of pharmaceutical training in this university goes as far back as 1947 when it trained participants in the School of Pharmacy’s dispenser course and awarded them diploma.

Its first-degree award for pharmacy (BSc) came in 1973 when the now Faculty of Pharmaceutical Sciences was still a department. It now awards its students with B. Pharm when they graduate from any of its four departments; Pharmaceutical and Medicinal Chemistry, Pharmaceutics and Pharmaceutical Microbiology, Pharmacology and Clinical Pharmacy, and Pharmacognosy and Drug Development.

The School of Pharmacy, after being recognized by the Pharmacists Council of Nigeria in 1984 as an academic institution for training pharmacists in Nigeria, awarded its first set of students with the Bachelor of Pharmacy degree.

The School of Pharmacy grew and developed in facilities, personnel and knowledge, so much so that it went from having two departments to four, and becoming a Faculty of Pharmacy in 2003. If you need a university in Nigeria that teaches pharmacy with modern scientific research facilities, University of Lagos is one of your choices.

Situated in Awka, Anambra State, Nnamdi Azikiwe University is one of the universities with the most pharmaceutical departments in its Faculty of Pharmaceutical Sciences. the departments numbering six in total, include: Clinical Pharmacy and Pharmacy Management, Pharmaceutical Tech, Medicinal Chemistry, Pharmacology and Toxicology, and some more.

As one of the few Nigerian universities that issue the award of Doctor of Pharmacy, PharmD, to students that successfully complete their academic and other requirements in the university, University of Jos is one of the best Universities in Nigeria to study Pharmacy.

These departments help the university achieve its aim of producing pharmacists that are competent scientifically, managerially, and clinically to deal with the different needs of their communities.

The academic requirements to study pharmacy in most Nigerian Universities are the same. Difference only come when candidates apply through A-level or Direct entry. Even at that, some universities share similarities in their requirements. Requirements begin from your Secondary School Certificate Examination (SSCE). Others are from UTME, POST-UTME, A-Level and many more.

Candidates are required to have at least credit passes in English Language, Mathematics, Chemistry, Biology, and Physics in their West Africa School Certificate Examination or any examination of equivalence. This applies to every candidate regardless of what avenue they wish to ply to  gain admission.

Candidates who will sit for UTME will need to combine Chemistry, Physics, and Biology with English Language, and pass.

Direct entry and A-level students should pass a subject-combination of Chemistry, Physics, and Biology, Botany, or Zoology.

Duration of Study for Pharmacy

The relevance of pharmacists has begun to be recognized even by the layman in Nigeria, now. In the mainstream healthcare sector, they have always been relevant but recently, they are more relevant as they help the doctors clarify their prescriptions to patients.

Due to their importance in the healthcare system, it is essential that you, as a candidate who is interested in studying Pharmacy in Nigeria should possess more than the least requirement to stand a better chance of fulfilling your dream.

Klovinal – What is it all About?

Four effects of alcohol on your body

Why Missing Teeth Must Be Replaced

How to Stay Safe in the Midst of COVID-19