Switch to the dark mode that's kinder on your eyes at night time.

Switch to the light mode that's kinder on your eyes at day time.

Switch to the dark mode that's kinder on your eyes at night time.

Switch to the light mode that's kinder on your eyes at day time.

Last Updated on 9 months ago by

0
(0)
Let’s say you broke or lost your tooth in an unfortunate accident. It is possible to restore a missing tooth back to its place, but only if the treatment was given in time. So, if you didn’t make it to the dentist in time, your dentist won’t be able to restore your missing tooth. But, that doesn’t mean you will have to live your life forever with that lost tooth.
With the advancement in technology, dentistry has evolved as well. Replacing a missing tooth is possible. There are many methods nowadays by which dentist can replace your missing teeth. On top of that, these methods are almost painless and very comfortable. Dentists often use ez io needles for sedation due to which surgery has become painless. 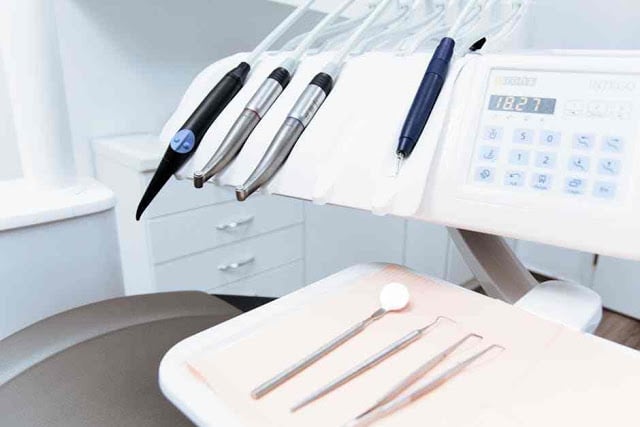 Image by Daniel Frank via pexels.com

In this article
So, let’s take a look at the top 5 methods that can fill that empty hole between your teeth.
1. Dental implants
2. Implant supported bridge
3. All-on-4 implants
4. Resin bonded bridge
5. Traditional bridge
CONCLUSION
Related

So, let’s take a look at the top 5 methods that can fill that empty hole between your teeth.

This is usually the most preferred method by the dentist to replace a missing tooth because of this procedure as a high success rate. Dental implants are frames or metal posts that are placed on your jawbone beneath the gums by a surgery. After that, your dentist can easily mount the replacement teeth onto them.
As the implants are fused to the jawbone, it provides support for the replacement of artificial teeth. Bridges and dentures placed on the implants help in keeping the teeth tight and won’t let them slip while you are eating.

Implant supported bridge is the preferred technique when more than one tooth is missing. In this method, one implant is used for each missing tooth. Crowns are then connected to each implant to form a single piece.
One drawback of this method is that implanted teeth require support from the adjacent teeth. So, the dentist needs to check whether the gums near the missing teeth area are strong enough to provide the support.

This method is also known as Full-arch fixed implant bridge. This treatment is most suitable for those who have lost all of their teeth or let’s say most of their teeth.
In this technique, four implants are placed on the upper jaw and four on the below jaw. Sometimes, six implants are needed for the upper jaw based on the density of the bone. Rather than placing them vertically, they are placed in a 30-45 degree angle. This helps people who have lost their bone density.

It is often referred to as the Maryland bridge. This technique is used to replace only front missing tooth or teeth. It’s because they are very fragile and can’t bear the force of too much chewing.
In this method, two wings are attached to both sides of the surfaces of abutment teeth near the tongue, and the replacement tooth. This technique is relatively cheaper than the other methods but not a strong one. This is why this technique is mostly preferred when replacement of only front teeth needs to be done.

The traditional bridge is the most popular bridge among all bridges. It is an alternative to implant crown and dental implant. It takes two artificial teeth also known as pontics and are held in place by two abutments or dental crowns.
This technique is used only when you have natural teeth present between both sides of the space created by your missing teeth. It is also quite an affordable technique. They will last for five to ten years, or even longer depending on your good oral hygiene, and regular dental visits.

There will always come a time where past a certain age you will lose your teeth eventually, or due to some kind of accident. That is why it’s always better to know about all these common techniques so that when the time comes, you can replace your missing tooth, and decide which method is best suitable for you according to your needs, and your budget.
RELATED READING

Get this info plus more healthcare tips delivered to your inbox.!

What do you think?

Israel is a dental nurse with 7 years of experience in assisting dentists with all sorts of dental issues. Our only goal here is to enlighten you in every aspect of health and dental care. Every content released focused on helping you achieve this goal.

Don’t miss out on new posts

The Clippers failed to prevent the team from losing, though Kawai Leonard had 30 points and nine assists. Philadelphia, which finished the first half 54-54, took the lead in the third quarter with Joel Embid and Tobias Harris. Philadelphia quickly w 토토사이트 Clippers were not left alone either. The Clippers, where Kawai Leonard put the scoring in motion, followed by a five-point margin with three runs by Landry Schmidt. Philadelphia, however, ended the third quarter with an 81-77 lead at the end of the q

Your password reset link appears to be invalid or expired.

To use social login you have to agree with the storage and handling of your data by this website. %privacy_policy%

Hey Friend! Before You Go…

Get this info plus more healthcare tips delivered to your inbox.

Get this info plus more healthcare inspiration delivered to the best viral your inbox.