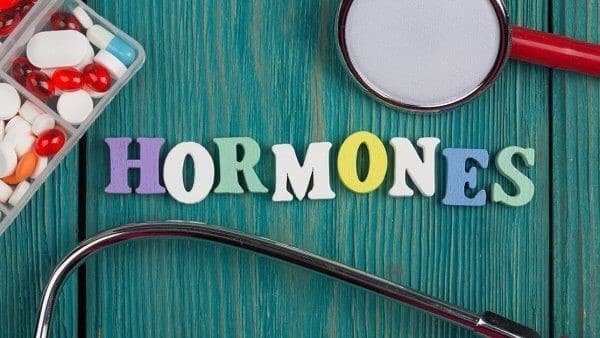 In this article show
Important Hormones
How many different hormones does a person have?
2. What do they do, for example?
3. How do they do that?
4. How does the body know which order has to be issued where?
5. Do women have different hormones than men?
6. How come hormones make you happy or sad?
7. Does your hormone balance change as you get older?
8. Do men also know a transition?
9. What can go wrong with hormones?
10. What is the latest scientific understanding of hormones?
5
(185)

Every human body appears different and functions properly due to the existence of hormones. Every kind of hormone in your body has its own specific function. This raises some questions in our mind regarding the functions of hormones in our body. I have answered questions like what do they do, and how, in ten questions mentioned below.

Cortisol –​ Cortisol is responsible for (the reaction to) stress, has an anti-inflammatory effect, stimulates energy and increases the appetite for sugar.

Growth hormone –​ It stimulates growth, tissue healing and bone density, aids in the recovery of disease and gives muscles firmness.

Insulin –​ This hormone ensures, among other things, that the blood sugar level does not become too high and increases the storage of energy in fat and muscles.

Melatonin –​ It plays an important role in, among other things, the day and night rhythm and sleep.

Estrogens – ​This female sex hormones ensure the development of female sexual characteristics such as ​natural enlargement of breast​ and regulate the menstrual cycle. But they are also involved, for example, in maintaining blood pressure and cholesterol and keeping bones strong.

Testosterone –​ The male sex hormone ensures the development of male sexual characteristics and sperm. Furthermore, it is the motor of libido and stimulates, among other things, muscle production and bone density.

In total around one hundred. The best known are the sex hormones: estrogens and testosterone. But we have so many more. Hormones are substances that our bodies make themselves and subsequently organize and influence all kinds of functions and processes. They are literally of vital importance – without hormones, things would get stuck immediately.

The list is almost too long to mention. Hormones are involved in, among other things, growth and development, during reproduction, in controlling general body processes such as temperature, blood pressure, blood sugar, metabolism and bone density, and indigestion. They also play an important role in feeling and behavior.

That is a complicated process. Hormones are produced in various places, such as in the pituitary gland (a gland in the brain), the thyroid gland, the pancreas, the ovaries, the testicles, and the adrenal glands. They then spread throughout the body. But they can only do their job if they find cells that have a recipient (receptor) for that specific hormone. This is also referred to as the key-lock principle: only the correct hormonal key can open the cell lock. When a hormone enters a cell, it sends its message there: this must happen now. All kinds of activities are then initiated.

4. How does the body know which order has to be issued where?

The hormone system has a kind of monitoring system. This ensures that the right amount of all substances is present in the body. If too much of a certain substance enters the bloodstream, the hormones inhibit its production. If there is not enough, they will ensure that more is produced.

5. Do women have different hormones than men?

No, everyone has all the hormones in their body. Men also have (a little) female hormones (estrogens) and women (a little) male (testosterone). It is, of course, true that the amounts of sex hormones in men and women vary greatly.

6. How come hormones make you happy or sad?

Science is not completely convinced about that, but it is certain that hormones play a crucial role in feeling and behavior. This is probably because many hormones have a direct effect on processes in the brain. For example, if the thyroid gland produces too many hormones, you can feel very rushed. Other hormones help to make you happy or depressed.

7. Does your hormone balance change as you get older?

Hell yes. The best-known example is the transition in women, the direct result of the decrease in female hormones. Apart from that, the levels of many other hormones decrease very slowly from the age of 20. You notice something of that, for example, if the fat starts to spread over your body in a different way, or if your muscle strength decreases. For a long time it was thought that if you supplement certain hormones, you could prevent aging – hormones as a source of eternal youth. But so far not one study has proven that that really works.

8. Do men also know a transition?

Not in the sense of a defined period, such as with women. But from the age of 30 or so, male testosterone levels fall by 1 or 2 percent every year. That continues until they die. Among other things, being overweight can speed up that process. Too low testosterone level can cause symptoms such as joint pain, fatigue, sleeping problems, irritability, excessive sweating, and sexual problems. They then resemble women’s transitional complaints.

Just as with women, they can be treated with hormone therapy in men. By the way, not all men with a low testosterone experience this. Of all 50-year-old men, 1 in 5 has officially too low testosterone level, but only 1 to 2 in 100 experience complaints as a result. Another interesting figure: only 1 in 20 erection problems is the result of a lack of testosterone. The male sex hormone is, in fact, necessary to induce lust but plays a less important role in getting an erection than many people think.

9. What can go wrong with hormones?

Simply put, the body can produce too much or too little of a certain hormone. This can have various reasons, such as the (benign) proliferation of cells in the organs that produce hormones (as a result of which they no longer listen properly to the monitoring system), or the body’s own immune system, which turns against certain hormone-producing organs. The problems that arise then are specific hormone diseases. But a disturbed hormone balance plays a role in many more disorders. For example, obesity disrupts the maintenance of blood sugars, allowing someone to develop type 2 diabetes. Read more about lifestyle and hormones on page 116.

10. What is the latest scientific understanding of hormones?

That they are made in more places in the body than doctors had long thought. In the intestines for example. The moment you eat, so-called ‘incretins’ are produced there: hormones that, among other things, affect blood sugar. By giving people with type 2 diabetes drugs that stimulate the production of that hormone, they don’t have to inject insulin as quickly.