By Isreal Olabanji DST RNApril 16, 2021Updated:April 16, 2021No Comments6 Mins Read
Facebook Twitter Pinterest LinkedIn Tumblr Reddit WhatsApp Email
Share
Facebook Twitter LinkedIn Pinterest WhatsApp Email Reddit
5
(555)
Yellow fever is a serious, potentially deadly flu-like disease spread by mosquitoes. It’s characterized by a high fever and jaundice. Jaundice is the yellowing of the skin and eyes, which is why this disease is called yellow fever. This disease is most prevalent in certain parts of Africa and South America. It isn’t curable, but you can prevent it with the yellow fever vaccine.
Yellow fever is a hemorrhagic condition that can lead to a high fever, bleeding into the skin, and cell death in the liver and kidneys. If enough liver cells die, liver damage occurs, leading to jaundice, a condition in which the skin takes on a yellowish colour.
In this article show
What Is Yellow Fever?
Signs and Symptoms of Yellow Fever
Transmission Of Yellow Fever
Causes Of Yellow Fever
How Is Yellow Fever Diagnosed?
How Is Yellow Fever Prevented?

What Is Yellow Fever?

It is an acute, systemic disease, meaning that it starts suddenly, and it affects the whole body. The Flavivirus causes yellow fever.
The World Health Organization (WHO) estimate that in 2013, there were between 84,000 severe cases of the disease and between 29,000 and 60,000 fatalities. About 90 per cent of all cases occur in Africa.

Signs and Symptoms of Yellow Fever

The fever develops quickly, with symptoms occurring three to six days after exposure. The initial symptoms of the infection are similar to those of the influenza virus.
The main symptoms of yellow fever are a high temperature, a slow pulse, albuminuria, jaundice, congestion of the face, and haemorrhage, or bleeding.
Signs and symptoms are categorized into two stages:
In the early, acute stage, the individual may experience:
These symptoms usually improve after a few days, but around 15 per cent of people enter a second stage or toxic stage. The symptoms are more severe, and they may be life-threatening.
These include:
Between 20 per cent and 50 per cent of people who develop toxic stage symptoms die within two weeks.

Yellow fever is spread by mosquitos. Mosquitoes spread yellow fever. It can affect monkeys and humans. If a mosquito bites a monkey that has a fever, it can pass it to humans. This can lead to outbreaks. After having it once, a person is generally immune, meaning that they are unlikely to have it again.

The Flavivirus causes yellow fever, and it’s transmitted when an infected mosquito bites you. Mosquitoes become infected with the virus when they bite an infected human or monkey. The disease cannot be spread from one person to another.
Apart from mosquitoes, the only other known hosts of the virus are primates and humans.
The flavivirus is believed to be endemic among monkeys that live in the treetops of the jungle, known as the jungle canopy, in many parts of Africa and the Americas.
Anybody who travels to an area where the yellow fever virus is present is at risk of becoming infected.
These areas include parts of Africa, especially sub-Saharan Africa, tropical South America, and some parts of the Caribbean.
Travellers should check if the area they are visiting requires a vaccination. A yellow fever vaccine taken 10 to 14 days before travelling provides effective protection from the disease.

How Is Yellow Fever Diagnosed?

See your doctor right away if you’ve been travelling recently and you experience flu-like symptoms. Your doctor will ask you about the symptoms you’ve been experiencing and if you've travelled recently. If your doctor suspects that you have it, they’ll order a blood test.
A blood test may reveal the virus, or it may detect antibodies that the body produces when the virus enters the body. A blood test may also reveal a drop in white blood cells, or leucopenia, another sign of infection.
The blood tests used are an enzyme-linked immunosorbent assay (ELISA) and polymerase chain reaction (PCR). Test results may take several days.
This includes providing fluids, oxygen, making sure blood pressure is adequate, replacing lost blood, kidney dialysis if there is kidney failure, and treating any secondary infections.
Some patients may be given plasma transfusion to replace proteins that help with clotting.
The patient should be kept away from mosquitoes. If a mosquito bites the patient, they will become infected and then pass the disease on to other people.
They should not use aspirin and non-steroidal anti-inflammatory drugs (NSAIDs) because of the risk of bleeding.
Treatment involves managing symptoms and assisting your immune system in fighting off the infection by:

How Is Yellow Fever Prevented?

Vaccination is the only way to prevent this fever. The vaccine for yellow fever is given as a single shot. It contains a live, weakened version of the virus that helps your body create immunity. The Centers for Disease Control (CDC) suggests that anyone who is 9 months through 59 years old and travelling to or living in an area where the risk of fever is present should be vaccinated.
Anyone travelling to an area where yellow fever is known to exist should find out about having the vaccine at least 10 to 14 days before departure.
Some countries may insist on a valid immunization certificate before a person can enter.
Groups of people who shouldn’t get the vaccine include:
Side effects may include:

The vaccine is considered extremely safe. A single dose provides protection for at least 10 years.

Other methods of prevention include using insect repellant, wearing clothing to reduce the number of mosquito bites, and staying inside during peak times when insects bite.
RELATED READING

Previous ArticlePhysician Warns Against Nap after a Meal It cause abdominal pains
Next Article Donate Online to Charity India | works for Poor Old Age People . 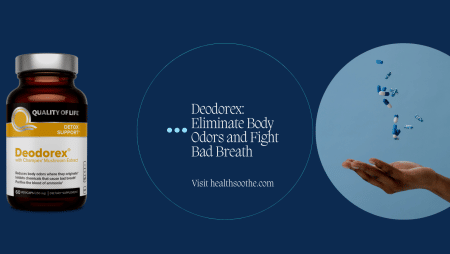 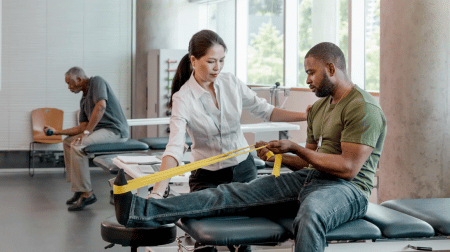