What are the different types of mood disorders? 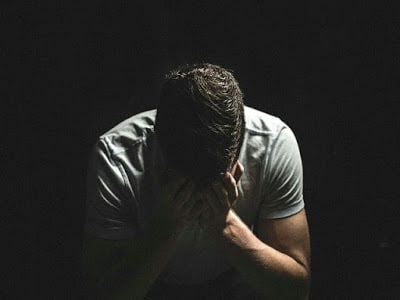 Last Updated on 4 months ago by Isreal Olabanji DST RN

Almost 10 percent of the U.S. adult population has a mood disorder. But while mood disorders are incredibly common, they aren’t always well-understood — even by the people who have them.

Confused about the different types of mood disorders?

Read this overview of the different types of mood disorders to find out.

Is a disorder the same as a disease? The answer is no – if you have a mood disorder, it doesn’t mean that you have a disease.
Disorders aren’t the same as diseases, but they can be caused by diseases. When someone has a disease, they’re experiencing abnormalities in the normal functioning of the body’s systems.
Diseases have an outside influence, such as a bacteria or a virus. Meanwhile, disorders aren’t necessarily sparked by an external influence. They might come from internal issues such as genetic abnormalities instead, and can also be caused by substance abuse.
There are many different things that cause both diseases and disorders, and the two can be related to each other. However, the root cause is ultimately different.

With that definition in mind, what is a mood disorder?
A mood disorder is a type of mental health issue. When someone has this kind of disorder, their mood doesn’t match their situation. This can make it difficult for them to function in their everyday life and can disrupt the quality of life.

The Most Common Types of Mood Disorders

Many mood disorders are well-known so you may have heard of these before. Here’s a detailed definition of the most common types of mood disorders.

Bipolar disorders are split into two types.
Type 1 bipolar disorder was once called “manic depression.” When someone with this disorder is in the manic phase, they have peaks of energy and activity characterized by euphoria and irritability. While in this phase, people might be more likely to engage in harmful activities without thinking of the risks.
These manic episodes are interspersed with periods of severe depression, involving extreme feelings of hopelessness or sadness.
Type II bipolar disorder involves episodes of a less-severe mania, called hypomania, interspersed with depressive episodes. There can’t be any history of true manic episodes for someone to be diagnosed with this mood disorder.

Cyclothymic mood disorders are a type of mild bipolar disorder. To be diagnosed, you have to have had at least two years’ history of bouts of near-depression and near-hypomania.

Depression, or major depressive disorder, is much more than just the occasional sad day. When someone has this mood disorder, also called clinical depression, they have fatigue, hopelessness, or sadness lasting for a period of at least two weeks.

This disorder, often shorted to SAD, involves depression that’s linked to the time of year. In winter, especially in areas far to the north or south, the sun doesn’t come out for very long, which can trigger seasonal depression in some people.

Substances can also cause mood disorders that otherwise wouldn’t be present. For example, drugs, medications, and chronic diseases can trigger depression and other mood disorders.
People with alcohol addiction often develop depression, for example. And those with long-term illnesses or serious diseases that affect their quality of life, such as fibromyalgia or cancer, may also develop depression.

Some mood disorders are less-common, less well-known, or more newly defined. Let’s take a look at what those are.

Many women experience “PMS” before they have their periods. In some, it can actually become a mood disorder.
If you experience anger, irritability, mood swings, depression, or anxiety in the week before your period, but the symptoms resolve after it starts, you could have this disorder. A therapist can help you determine if you have the symptoms necessary for diagnosis.

Children can have mood disorders, too. However, diagnosing mood disorders in children is often difficult, since they can’t always talk about how they’re feeling.
This disorder applies to children up to 18 years old who show an inability to control their behavior. They might show chronic irritability, as well as frequently uncontrollable, violent behavior in social settings.

Can a Mood Stabilizer Help?

When seeking treatment for mood disorders, you might come across information about mood stabilizers.
These medications are meant to help control mood swings so they can help with some types of mood disorders, particularly bipolar and cyclothymic disorders. These drugs work by reducing brain activity in order to help you regain the balance of your moods.
Sometimes, mood stabilizers can also help treat depression, when combined with antidepressants.

Other Treatments for Mood Disorders

Many people may not need prescription drugs to treat their mood disorders.
Therapy is one of the best ways to treat mood disorders, whether it’s used with drugs or alone. Therapy can help you align your views with your environment and take control over your mood. It can also help you find the stress factors in your life that might be contributing to your disorder, and learn how to change or avoid them.
It’s also important to have a healthy support system as you work to combat a mood disorder. The stronger your support network of friends and family, the easier it can be to start healing. But even if you don’t have the support you’re hoping for, a therapist can help you work through your disorder and regain your sense of self.

With all types of mood disorders, the sooner treatment begins, the better the results can be. Starting treatment means the disorder can no longer harm your quality of life so you can focus on the future.
Are you in need of a great therapist? Contact us to find out how to get started healing.

How to reduce the compliance burden? 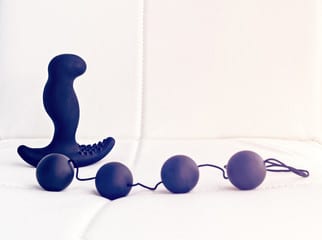 3 Tips for Using a Prostate Massager

How to Recover from Achilles Tendon Injury with Braces

52
No Result
View All Result